This image shows the large public jail (called gaol in Colonial times) and the public stocks where offenders could be chastised publicly for their offenses. 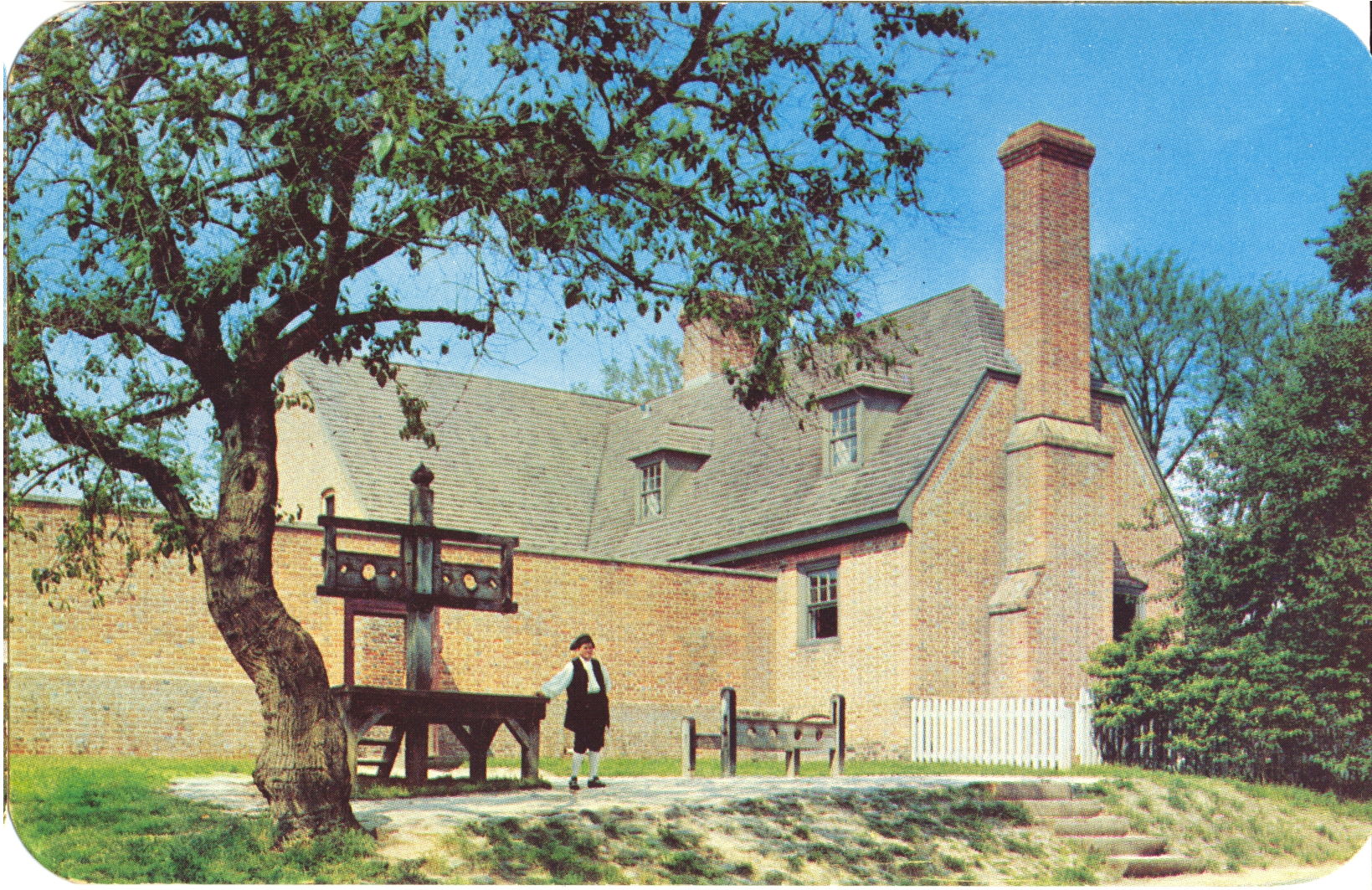 THE PUBLIC GAOL, Williamsburg, Virginia. This building dates from the beginning of the 18th Century and has been restored on original foundations. Referred to in the 18th century as a “strong sweet prison for criminals”.