The conical building shown was a storehouse for gunpowder used in the firearms of the day. It was crucially important to store large quantities of gunpowder in sealed brick buildings to prevent explosions caused by fires, which were common in an era when heat and light were both generated by open flame.

This building was involved in an important minor event of the Revolution, called the Gunpowder Incident. 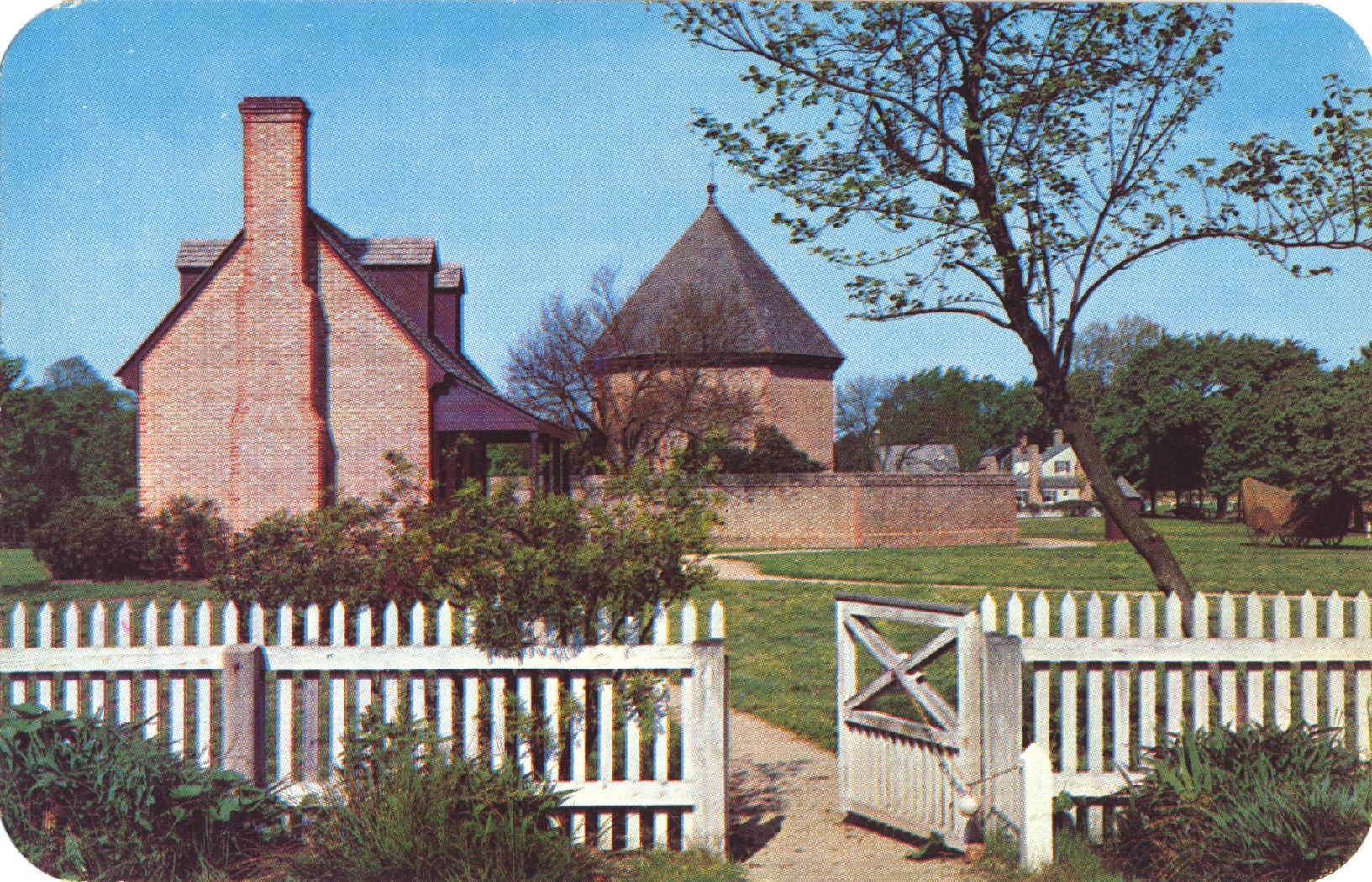 THE POWDER MAGAZINE at Williamsburg, Va., was erected in 1715 by Governor Alexander Spottswood as a storehouse for Military Supplies sent to Virginia by Queen Anne. It played an important part during the Revolution and was a Confederate arsenal in the Civil War.

–This image likely dates from the 1950s.