This illustration shows the front and main entrance to the Capitol Building. This building served as the home of the Virginia legislature from 1704 until 1779 when the capitol was moved to Richmond. 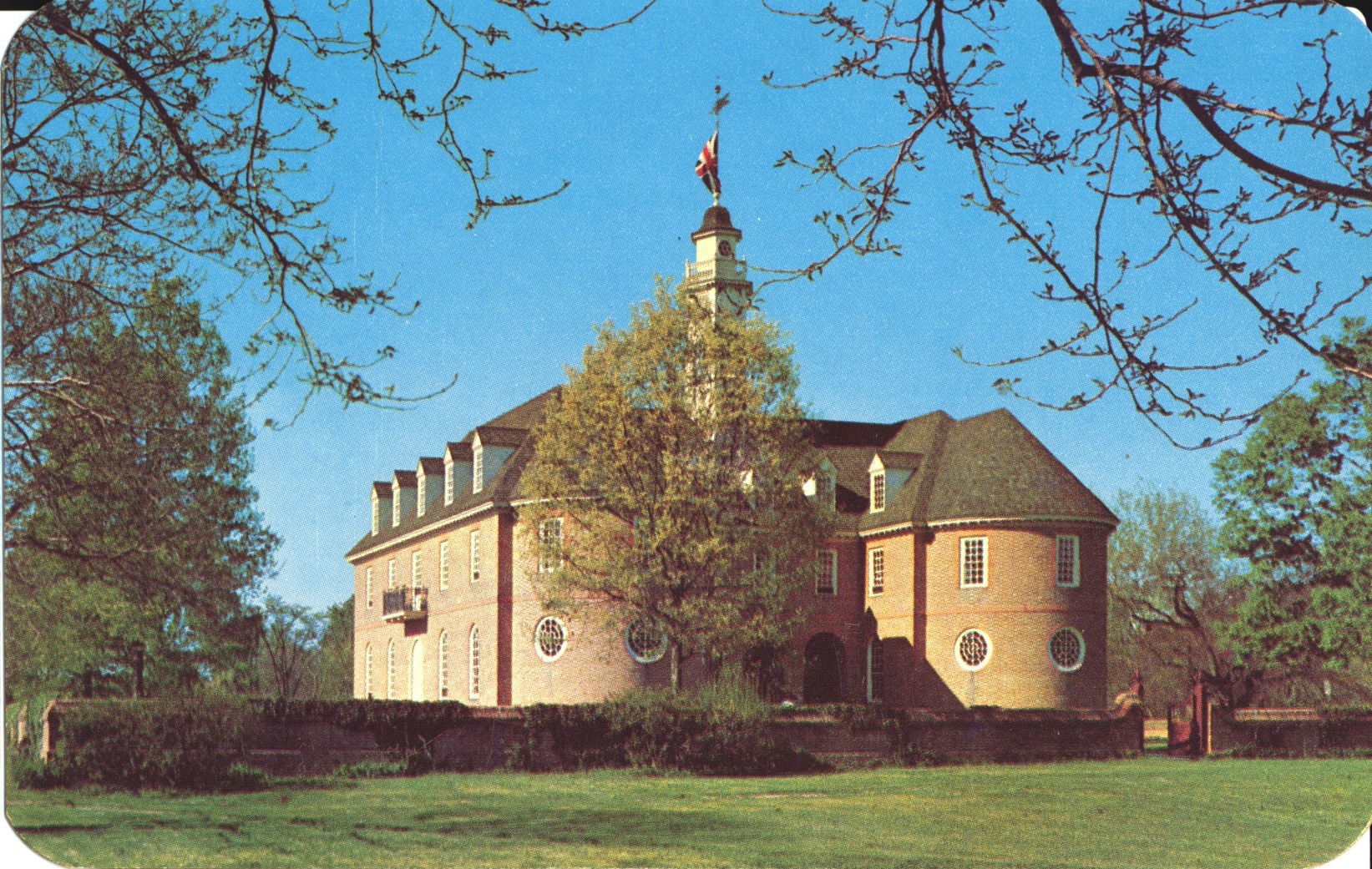 THE CAPITOL. Williamsburg, Va. The Capitol was erected between 1701 and 1705 by Henry Cary, Williamsburg’s master builder. Until the Revolution, the British flag waved proudly over the old-time Capitol.

–The structure is essentially two buildings joined by an arcade. There was a later building constructed after this one, but it was destroyed by fire.