This image shows the colonial era residence of George Wythe. While the image seems to feature the small white house in the foreground, the Wythe house is in fact the large brick structure in the background. 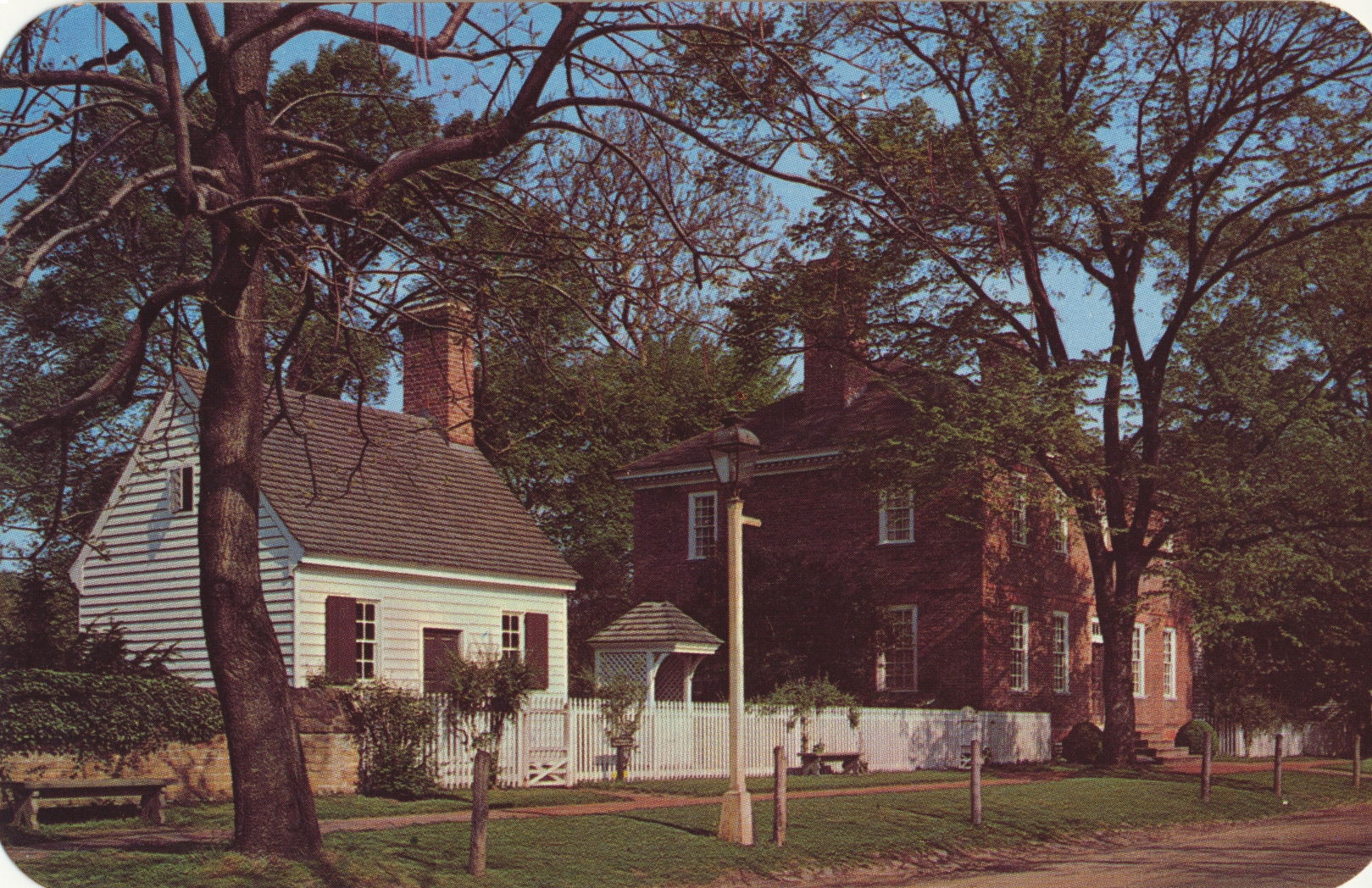 THE GEORGE WYTHE HOUSE at Williamsburg, Va., was erected in 1755 by Richarrd Taliaferro, father-in-law of George Wythe. Withe was a signer of the Declaration of Independence and first law professor in America. He was teacher of Thomas Jefferson and Chief Justice John Marshall.

–This postcard likely dates from the 1950s.