This image shows a typical roadside stop and refueling station as it appeared in the 1930s. 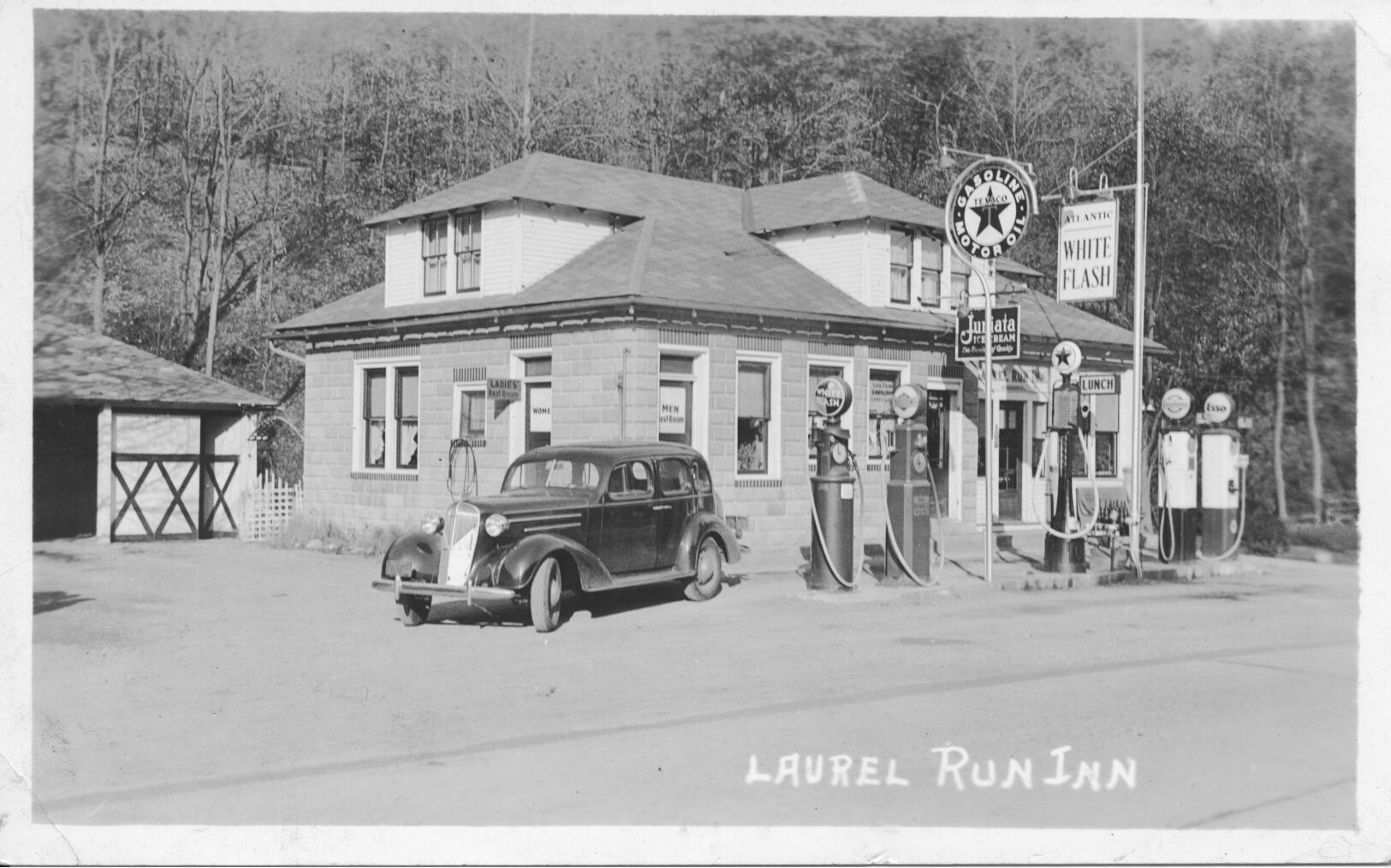 This station has an unusual feature, most notably the gas pumps. These provide at least four different brands of gasoline, White Flash, Texaco, Esso and two others which are unidentifiable. Gas stations quickly became franchises of the company that provided the gas, and provided only one brand per station.

The toilets are in the foreground corner of the building, which has a lunch room and serves ice cream as shown on the sign outside. The car in the photo indicates the image dates from the 1930s as well.