This image shows two common modes of transporting large logs from the forest to the mill, as exhibited outdoors as part of the Logging Museum at Hartwick Pines State Park.  In the foreground is a sled, where the logs would be piled up on the main body, and a pair of draft animals used to pull the sled. 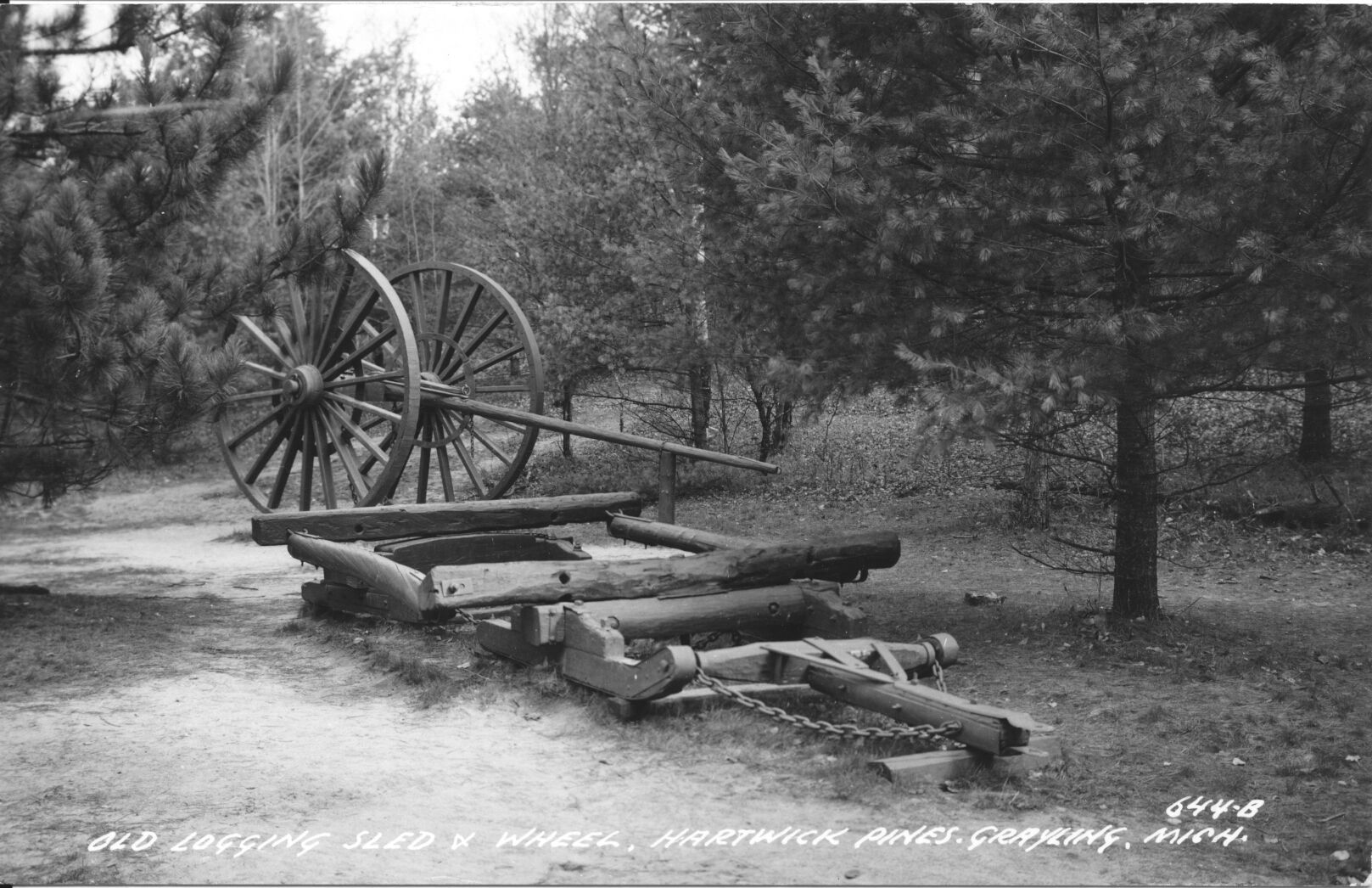 In the background is a lumber wheel. The logs were attached below the wheel instead of on the axle, and were suspended above the ground to minimize drag as the draft animals pulled the loaded wheel along.

There are several examples of such equipment on outdoor display. This image likely dates from the 1930s.