This is a color image of the same building shown previously, the Liberal Arts building, now called the Arts and Sciences Building, on the Laramie Campus of the University of Wyoming. 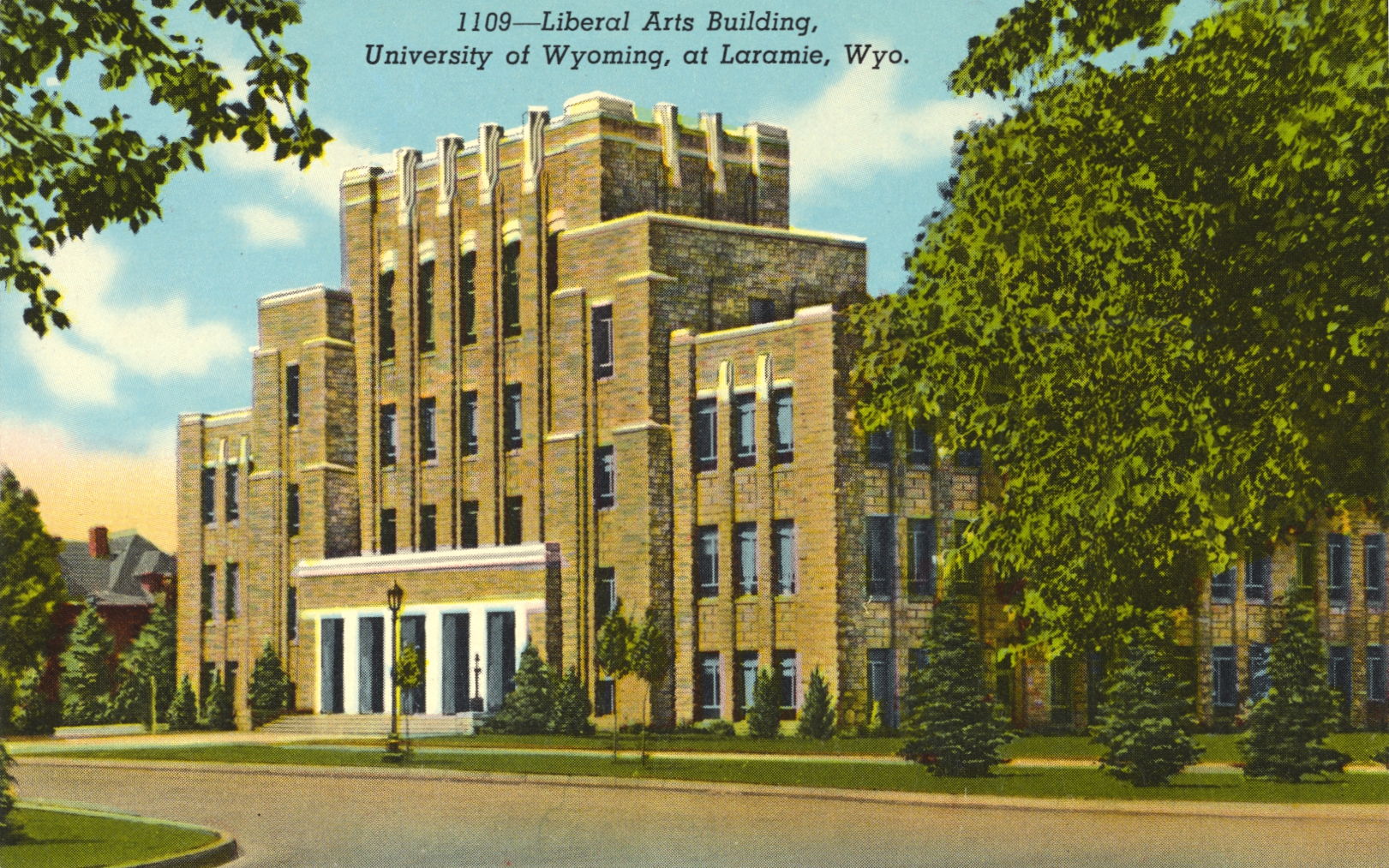 This is one of the most imposing of several new buildings added to the University within recent years. The campus occupies several blocks on the eastern edge of Laramie and with its many fine buildings set among beautiful shrubbery, trees and lawns offers many delightful scenes.

–Comparing this image to the previous one shows the trees have grown considerably in the time between photos. This image was also hand colored from a black and white original. It likely dates from the 1940s