This is an image of the railroad car ferry named the SS Ontario, which had as one of its terminals the port of Cobourg, Ontario. This ship, along with another of the same name, were used to move railroad freight cars across the great lakes to shorten travel distances where railroads could not be built. 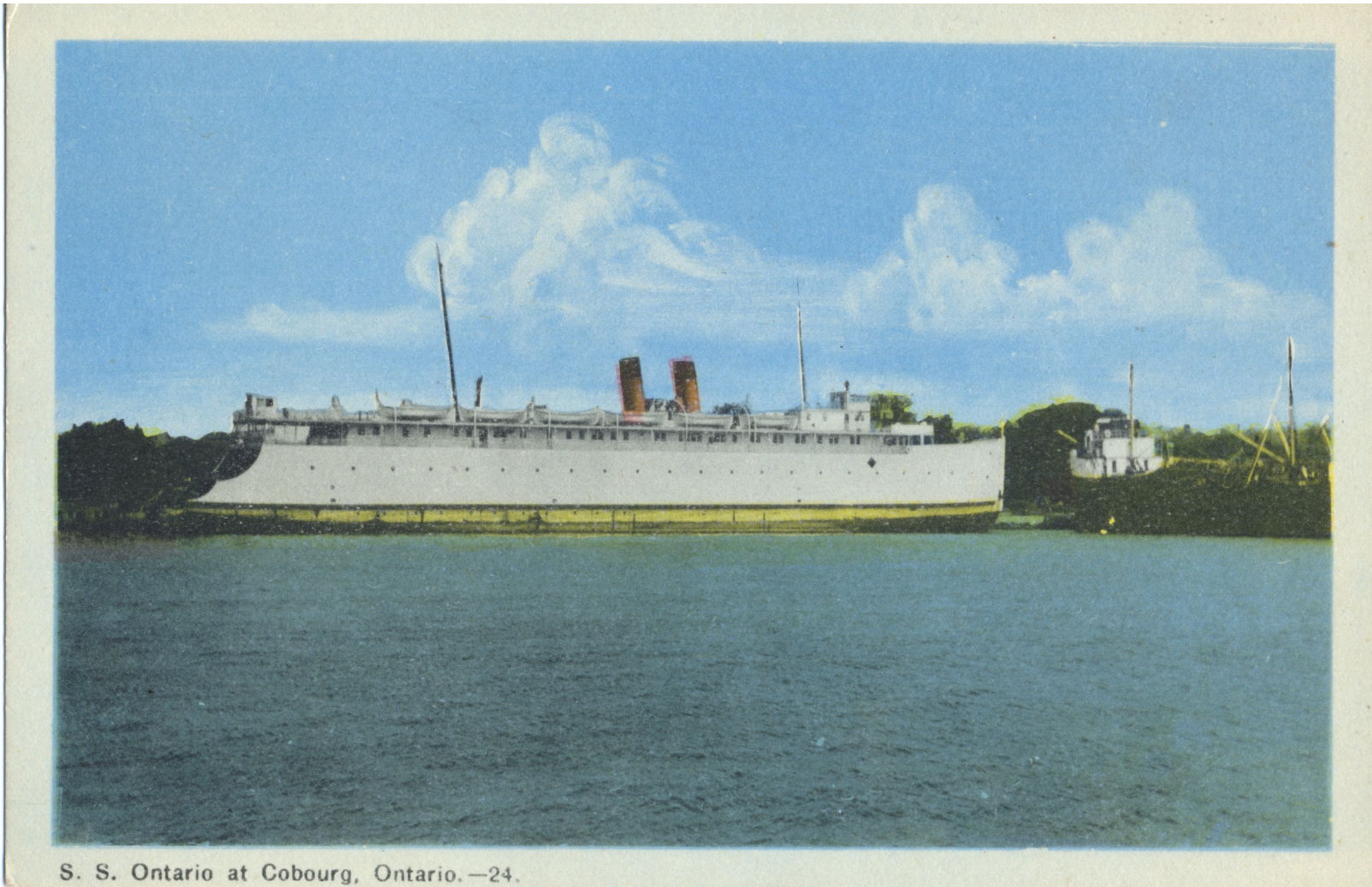 This image was black and white, then colorized before printing as a postcard. The ship was built in the first decades of the 20th century, and has long since been scrapped.

There is no description on the back of this card. The image is likely from the 1930s