This image shows the landmark observation tower called Seagrams Tower when it was built in 1962. It has been called a few other names since, and is now known as the Tower Hotel. 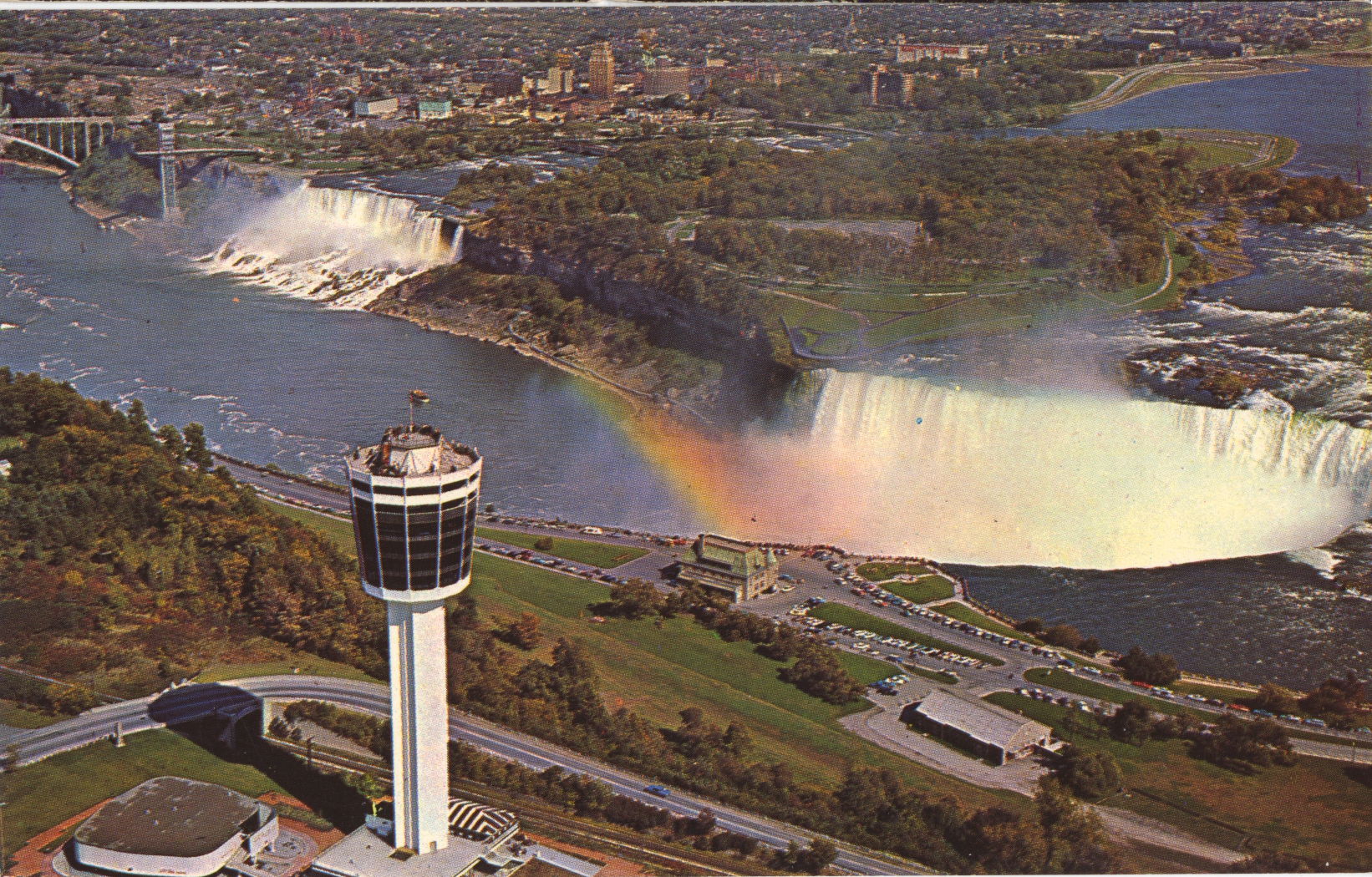 General view of Niagara Falls with Seagram’s Tower in foreground.

–Close examination of the top of the tower shows people standing on the observation platform, which is on the 25th floor of the building. The color streak in the center of this image is a natural rainbow, common when the sun is bright.

This image dates, as indicated above, from the 1960s.