This is an elevated view of Alamo Plaza in the middle of San Antonio’s downtown. The mission chapel can be seen at the far right foreground with the white roof. This illustrates the urban development that has risen around the mission. 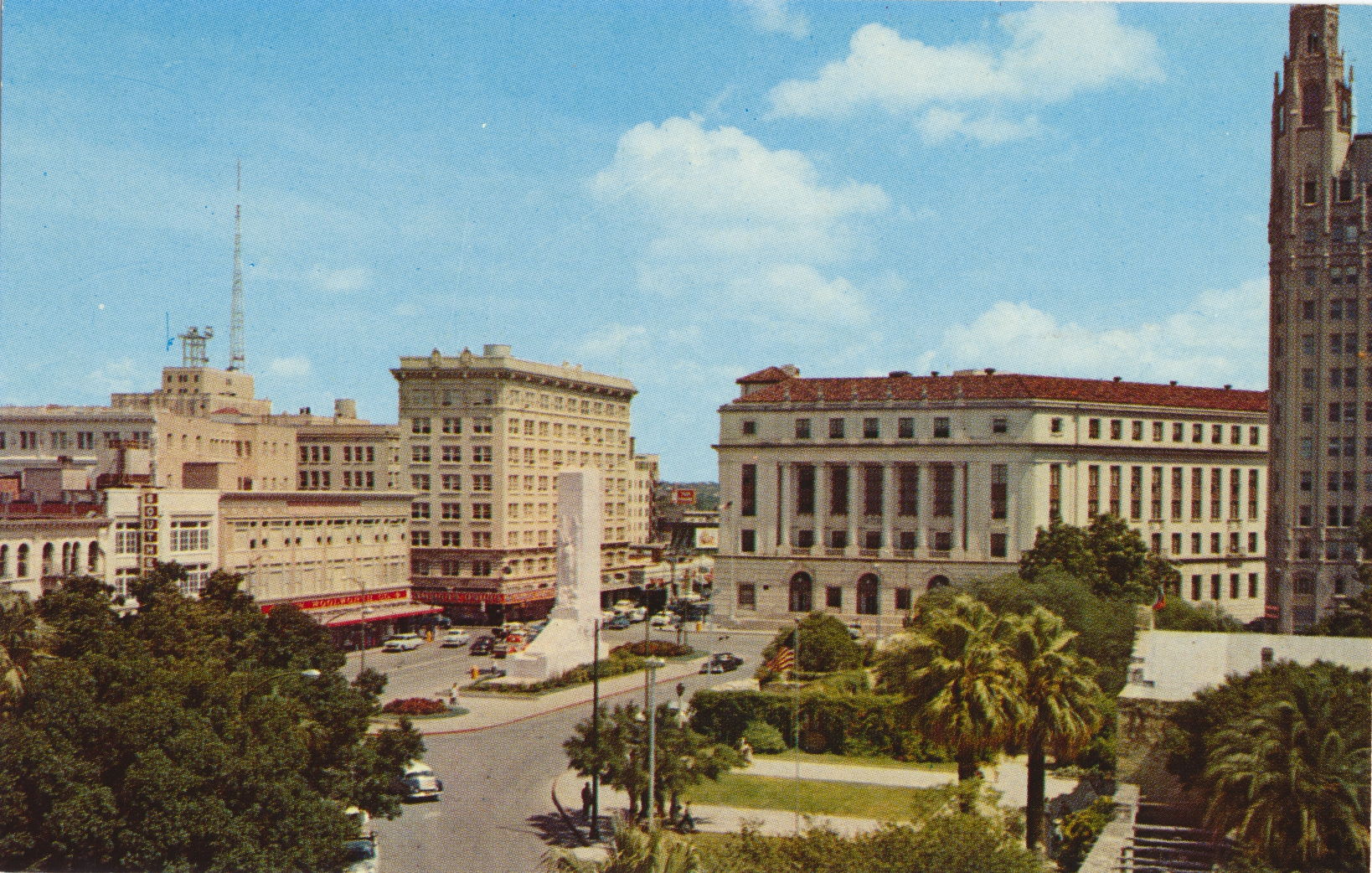 –The monument in the center of the plaza is a cenotaph, and honors those that died in the siege. The flowers around the monument were replaced in later years with trees, and the monument is somewhat obscured by them now, rather than being visible from all directions.

The building in the right background is the Federal Courthouse, and the building at the extreme right is the Emily Morgan Hotel, named for Emily West, a mixed race woman who lived during the time of the Alamo siege.