This image shows the front of the mission chapel from a slightly different angle, with the paths and grass of the park more clearly shown. The flag flying on the left of the building is the state flag of Texas, called the Lone Star flag. 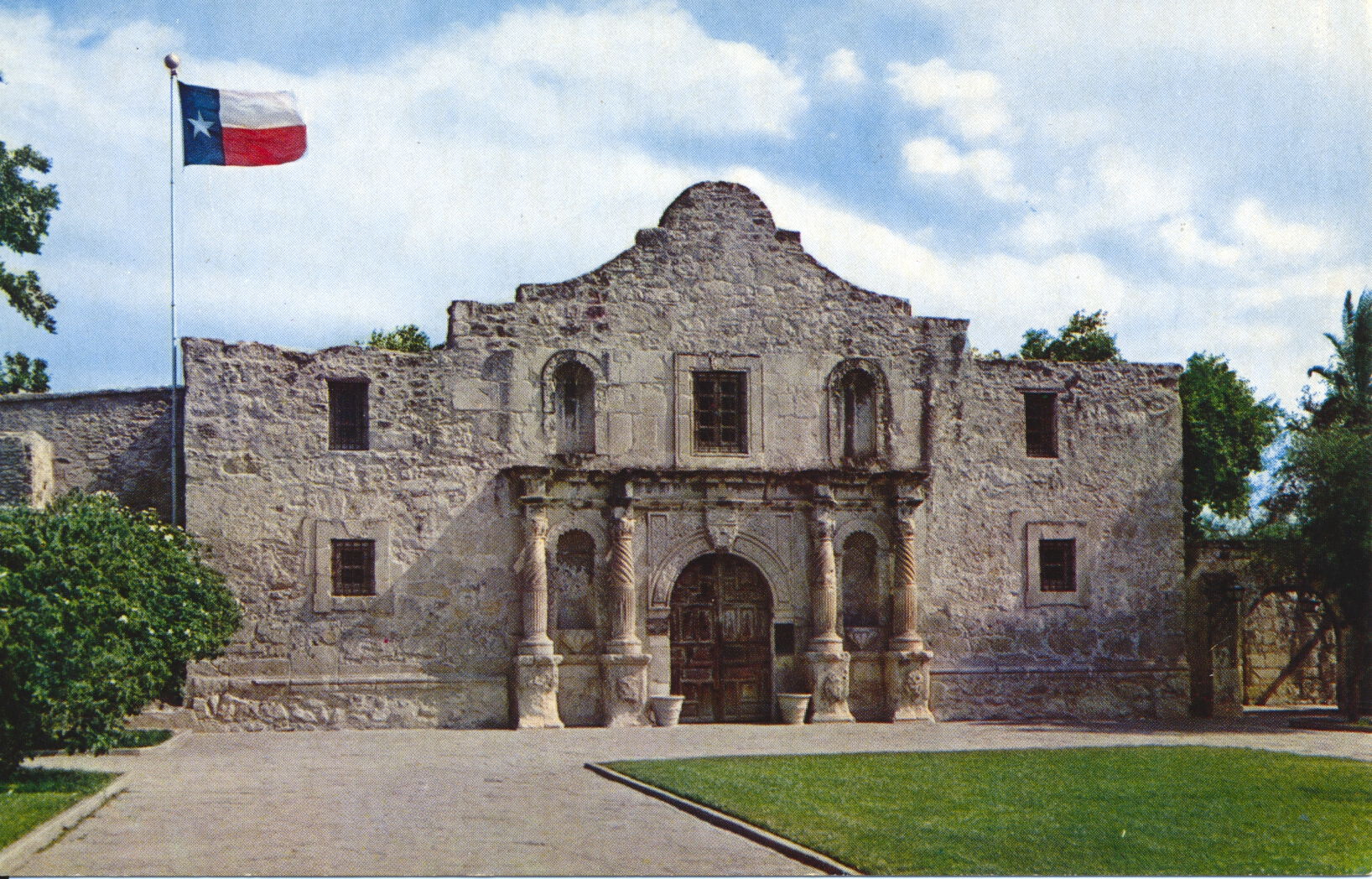 –The flag shown was not present during the siege, and another, the Alamo flag, was also not likely present at the battle. There are no definitive records of the flag used.