This image shows the long standing landmark Casa Rio Restaurant, which opened in 1946, shortly after the end of World War Two and the completion of the River Walk. The owners were visionary enough to realize their greatest asset was the river, and made that the focus of their open-air dining. 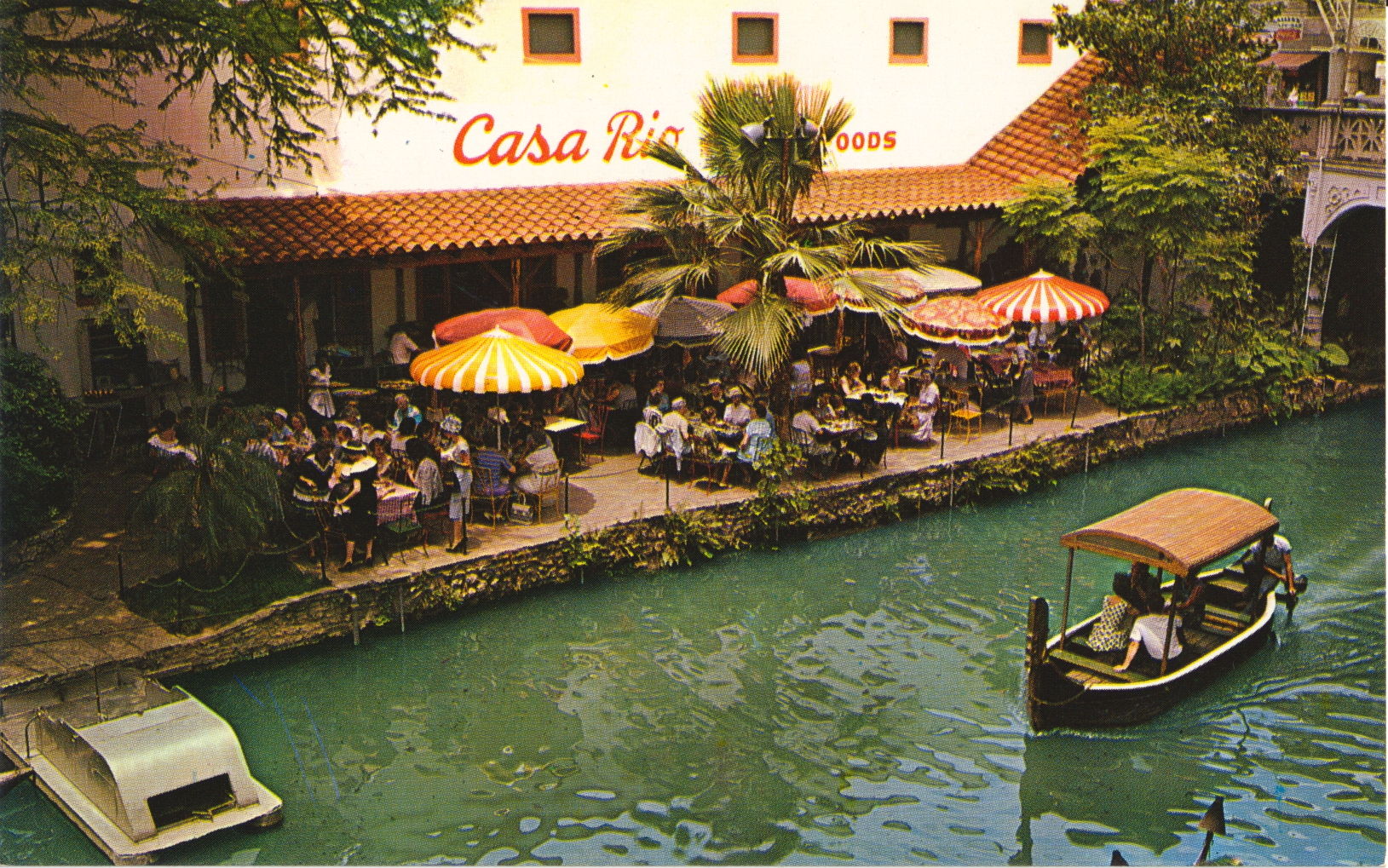 Catering in the Old Mexico Atmosphere on the beautiful patio at the bank of the winding San Antonio River. 100 W. Commerce. 1/2 block from Joskes, est. 1946.

—Joske’s was a large department store in its own massive building in the center of the downtown commercial area. It was sold to Dillard’s in 1987, who changed the name, and in 2008 the Dillard’s closed.