This is another view of the River Walk, featuring the extensive plantings of native trees along the walkway. Originally, the walkway was on one side or the other of the river, but now commonly parallels the river on both sides. 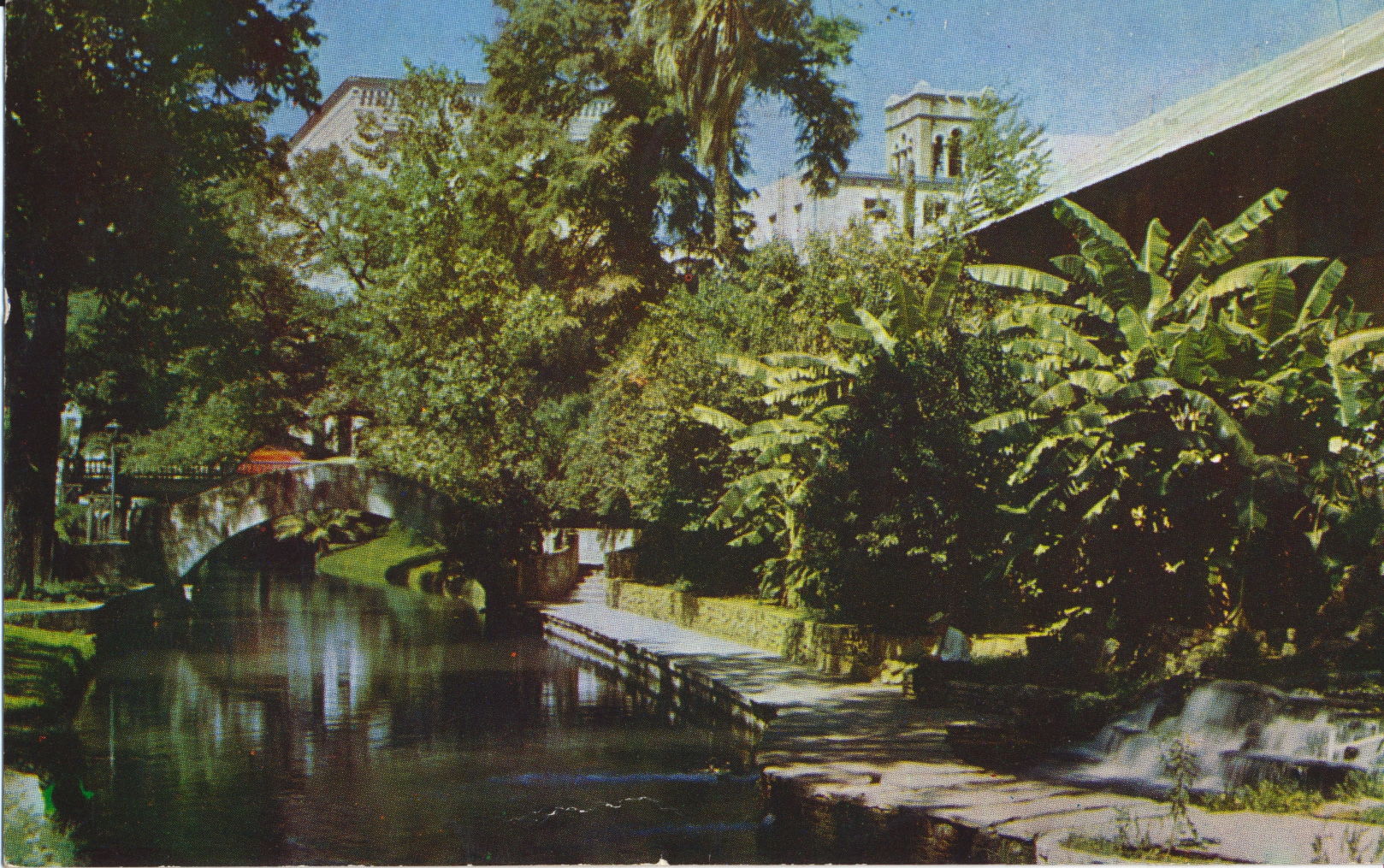 –The River Walk has been modified and extended several times over the decades, and is now many miles longer, extending beyond the city core.