This image begins a series of views featuring the San Antonio River in San Antonio, Texas. The image shows the Arneson River Theater with open air amphitheater seating on the left, where chairs are set up, so that the audience can watch the performance on the stage at right, across the river. 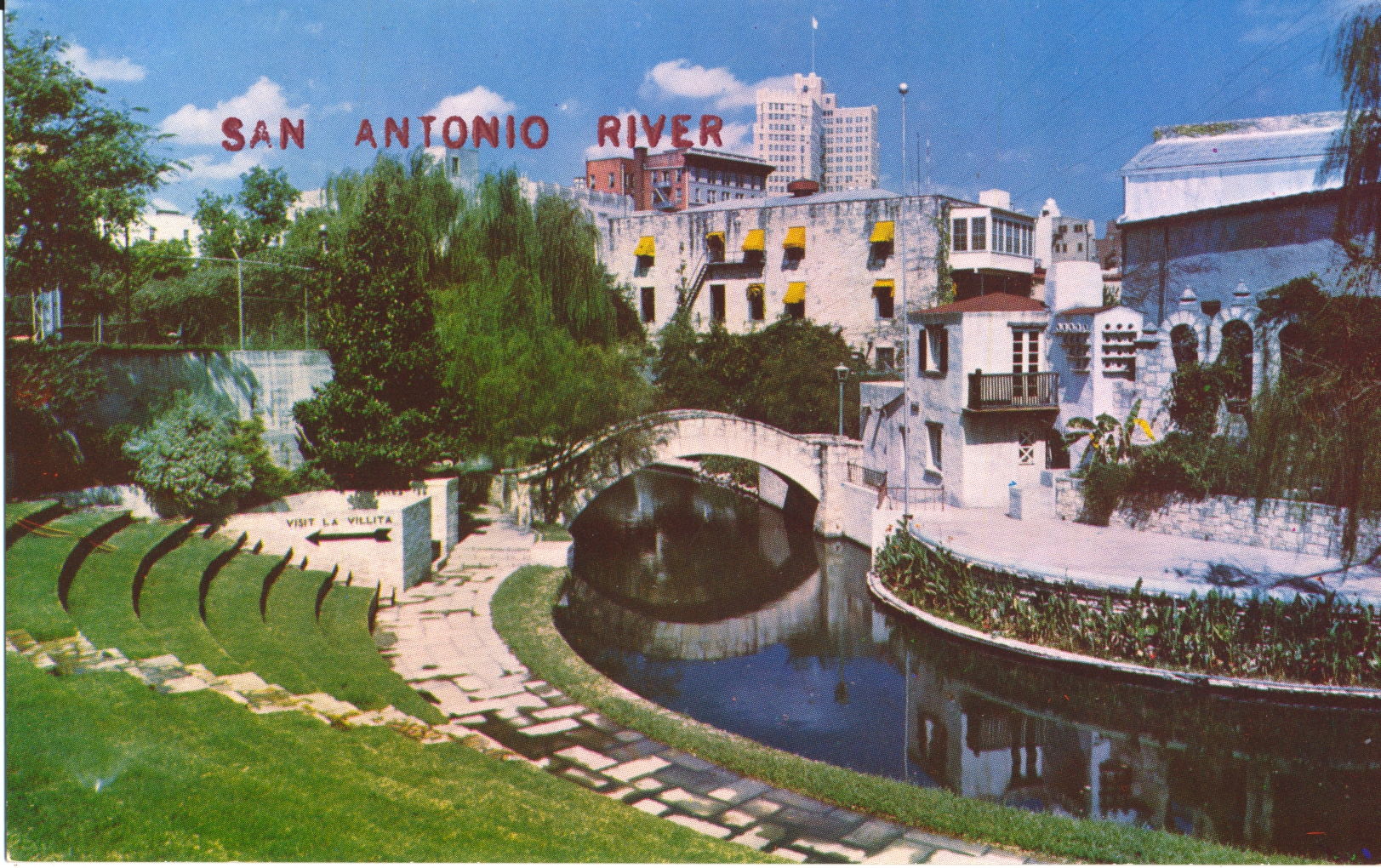 A beautiful open air theatre, with the San Antonio River winding between the stage and the audience.

–The bridge in the background is also commonly used as an element in the performances. To the left of the bridge, at the end of the terraces, is a sign indicating the way to La Villita, a restored historical section of the old San Antonio, now mainly shops and restaurants.

This postcard dates from the 1960s.