This obelisk is a monument to the victims of the last Indian attack on white settlers in Iowa, which occurred in Spirit Lake, Iowa in 1857. There is also a cabin originally occupied by one of the survivors of the attack, who was held until ransomed. The woman, Abbie Gardner, also wrote about her experiences and operated her cabin as a tourist site. 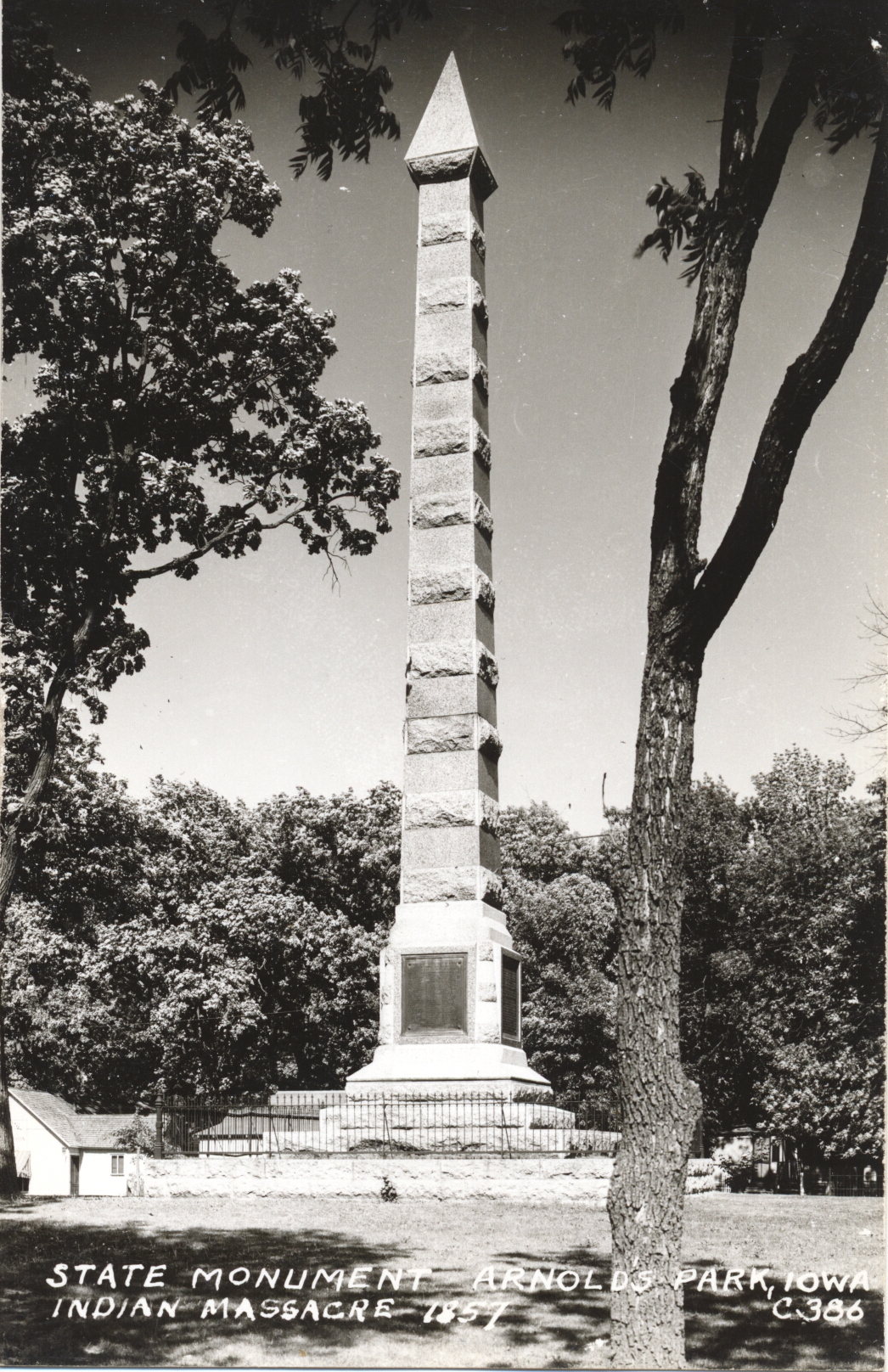 The monument is nearby the cabin where Abbie Gardner lived before and after her abduction. This picture likely dates from the 1940s.