The bears on display here are black bears common to the forests of the Upper Midwest at the time. They are engaged in scavenging through a garbage dump on the grounds of Keweenaw Park, a historical site commemorating the development and exploitation of the world’s largest and purest lode of copper ore. 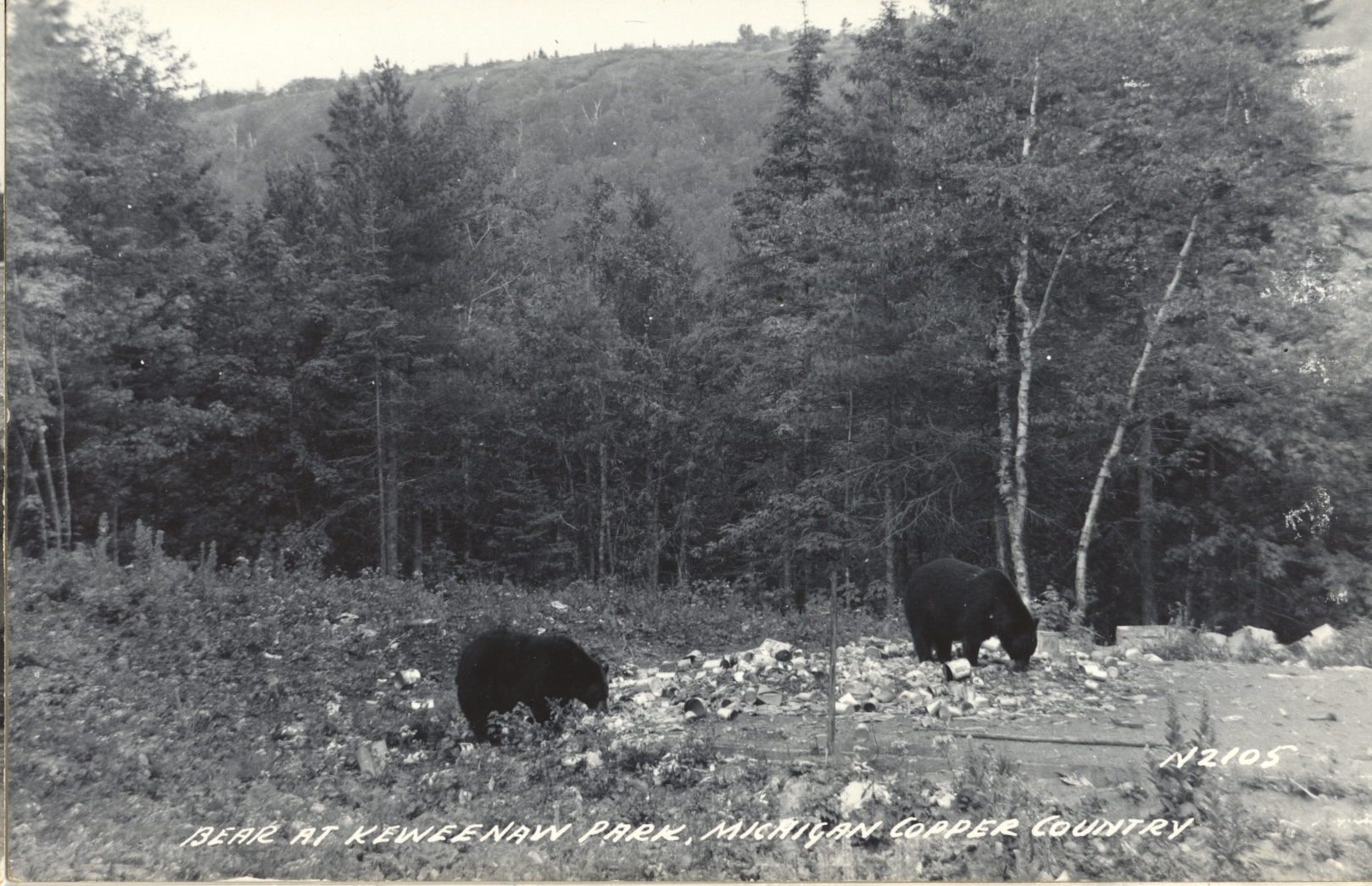 Such dumping is now vigorously discouraged and fined, for it lures wild and dangerous animals to the food, and when they are threatened or frightened, they can become aggressive. It also creates dependency in the wildlife, and can encourage disease.