Finally the images close in on the village of Copper Harbor, which in this time was a bustling mining region, with this locale as a shipping point for the extracted copper. With the decline of the mines, which closed in 1968, the town declined as well. Much of the area has been dedicated as historical sites and state parkland. 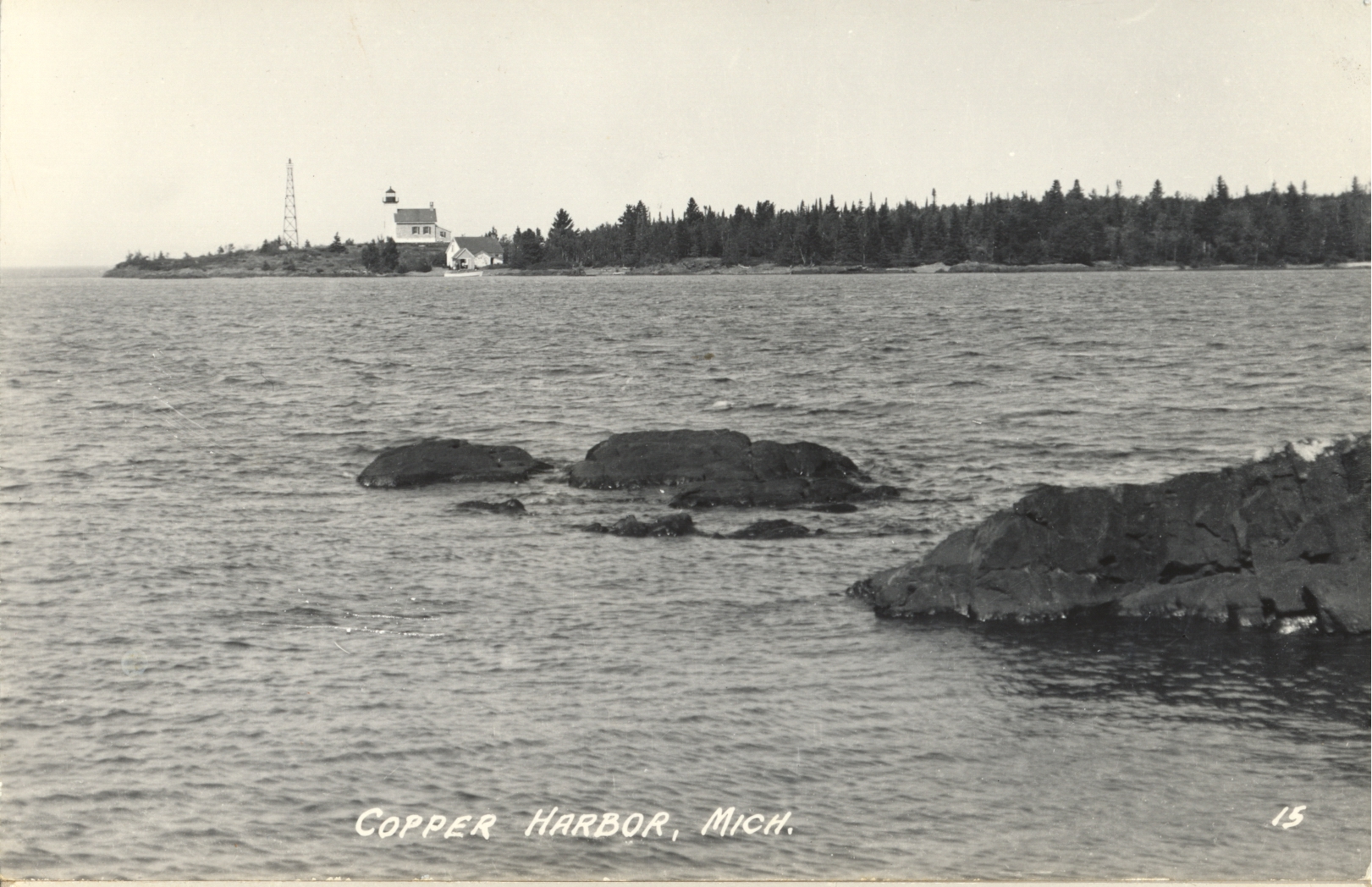 The building visible in the background is part of the Fort Wilkins Historic State Park, and is called the Copper Harbor lighthouse, one of the first lighthouses on Lake Superior. The metal tower is a more modern light design.