Moving to the far eastern end of Brockway Mountain Drive, before the final switchbacks which descend the mountain ridge into Copper Harbor, there is this pull out for viewing a beaver dam, which is not visible in the photo.

What is visible is part of Lake Fanny Hooe, a long narrow lake that parallels the Lake Superior shoreline, which is barely visible beyond the hill and the distant haze. 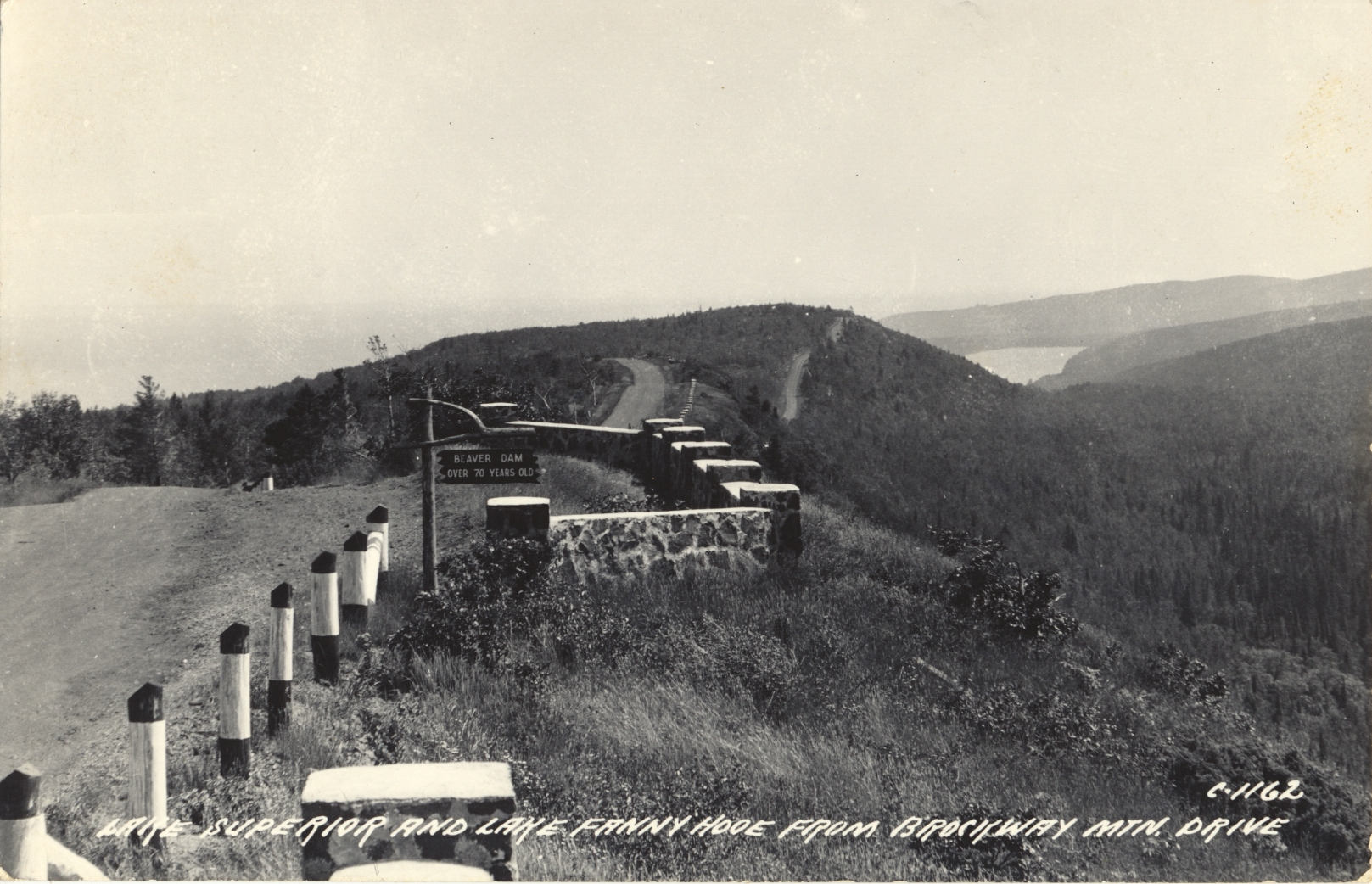 Beaver dams were still common in the mid-20th century throughout much of the United States, but extensive river flood management, hunting and habitat loss have made these structures very rare.

This picture dates from the 1940s.