This image is of the same dock as the previous one. Close comparison of the building in the background of each picture shows them to be the same. The previous photo was taken a few feet to the right on the dock itself. The presence of this fishing tug illustrates why the dock is so popular with the gulls. 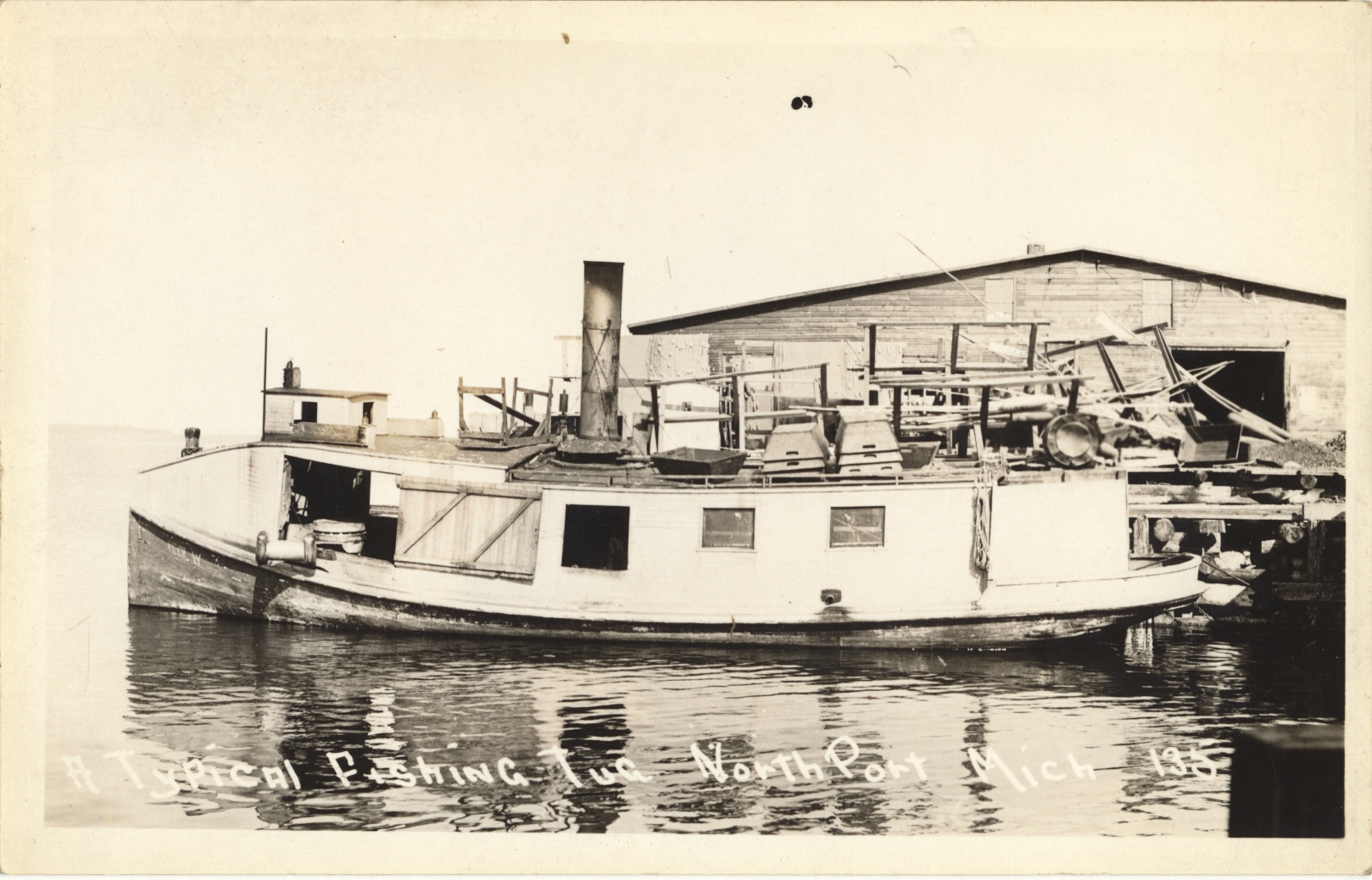 Many more frames for drying nets are visible behind the boat. It is called a tug, which may be another term for trawler, as the booms typical of seiners are not present.