This image is an interesting look into the mid-20th century way of living and fishing. This image is one that might have been familiar to the writer John Steinbeck as he composed his book Cannery Row. 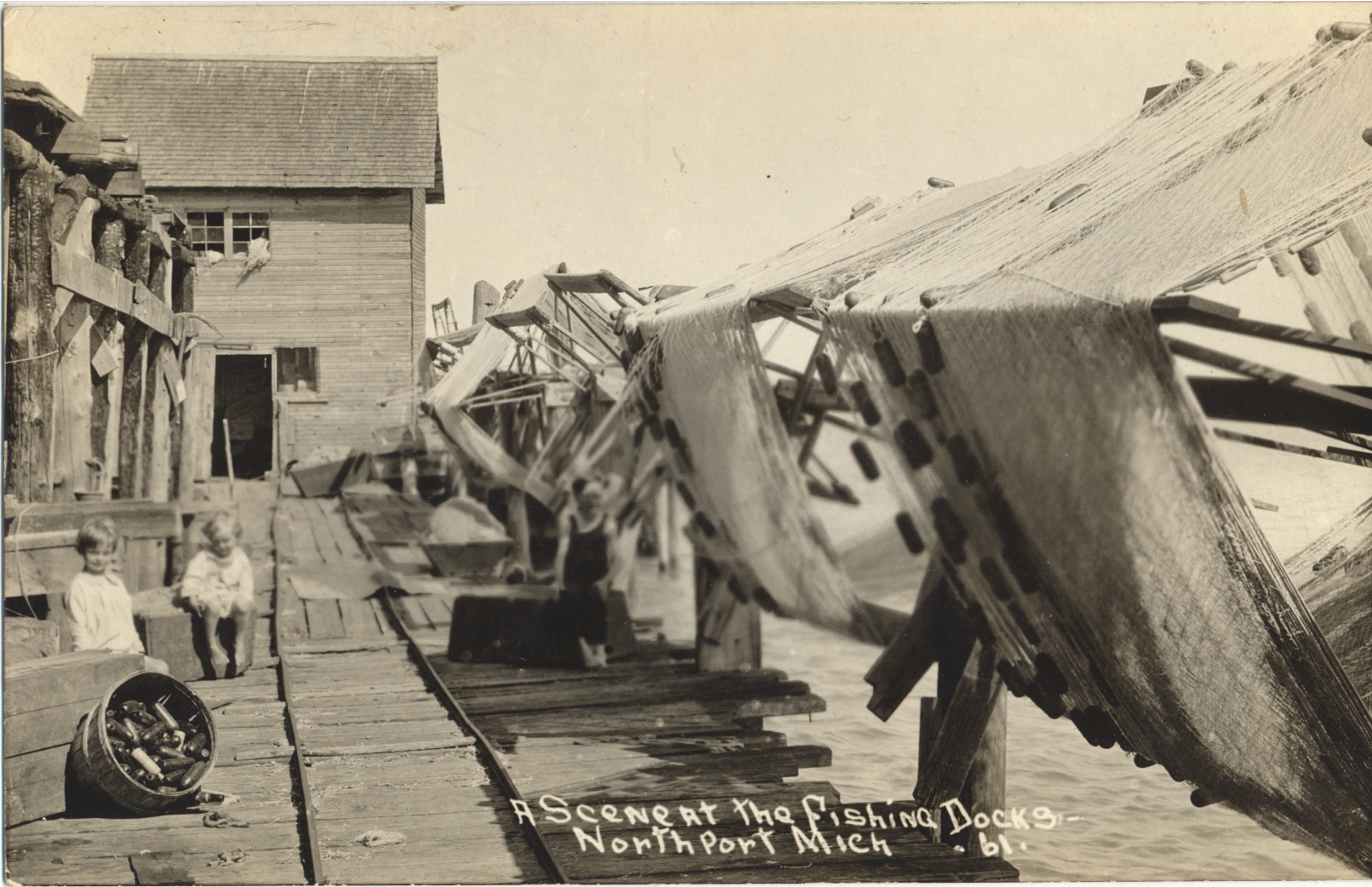 The racks on the right are loaded with fishing nets left out to dry in the sun. They are built on pivots that allow the nets to be rolled on and off as required. The two children are both too young for school, and may in fact live in the building at the end of the dock. The container in front of them appears to be full of floats for the nets. It is not clear what the rails are used for, but it is possible it is for off-loading the catch and moving it more easily.

A Scene at the Fishing Docks – Northport Mich. -61-