This is an example of the kind of wagon that roamed the rural roads of the old Northwest and Great Plains, selling necessary and luxury goods that would otherwise not be available locally. Often these peddler’s wagons brought products and devices recently invented or developed, and as yet unknown to the customers along the route. 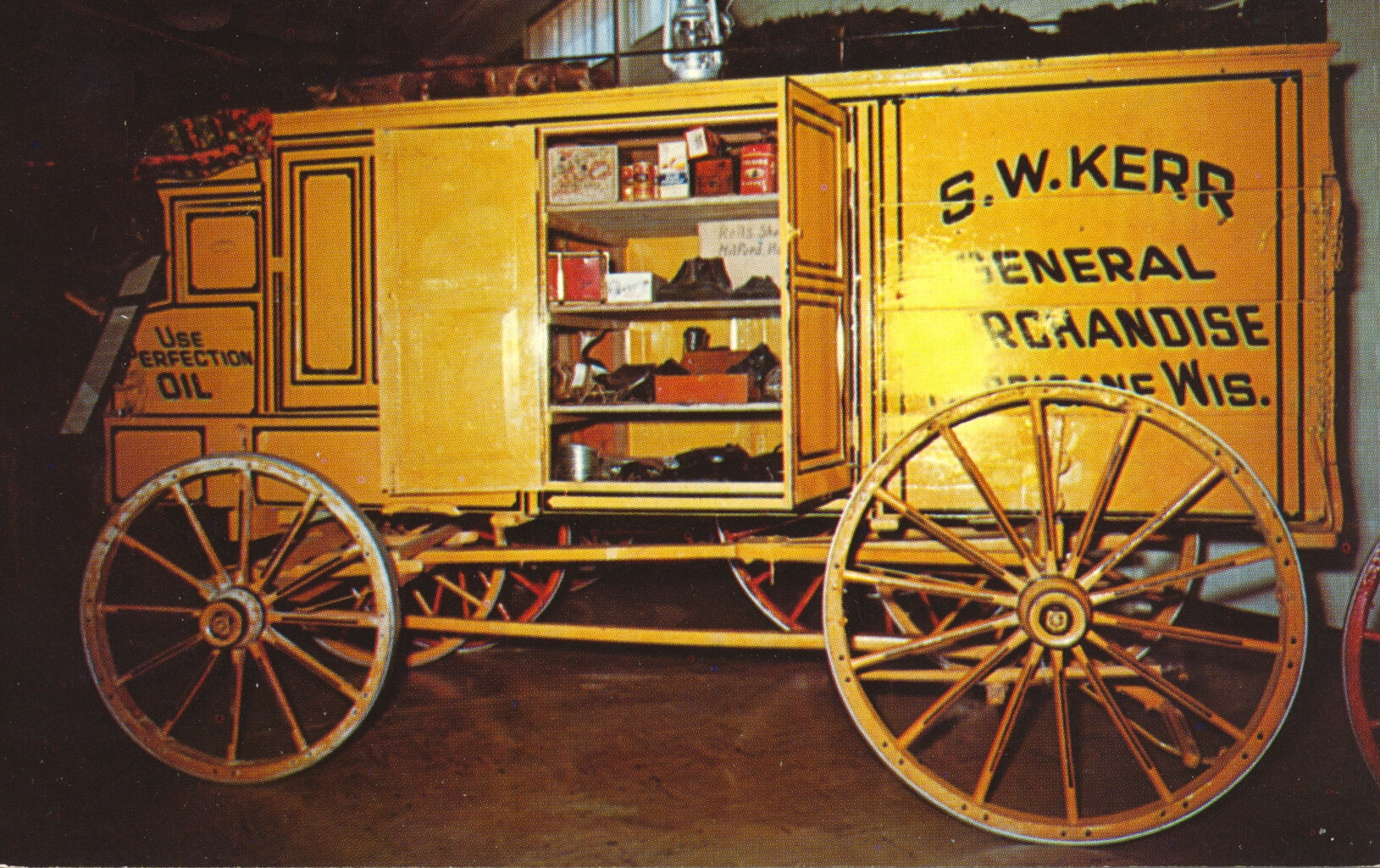 –Dedicated hardware stores were a long time coming, but hardware could usually be easily obtained from the local blacksmith. As mass production began to squeeze out the blacksmith’s role in making hardware components, general stores would often stock quantities of hardware items which would be supplemented by items from such a peddler.