This is a small and simple railroad engine called a Porter locomotive. It was not commonly used for mainline service, the majority of them being built for rail yard and track building/maintenance duties. They were also often narrow gauge. 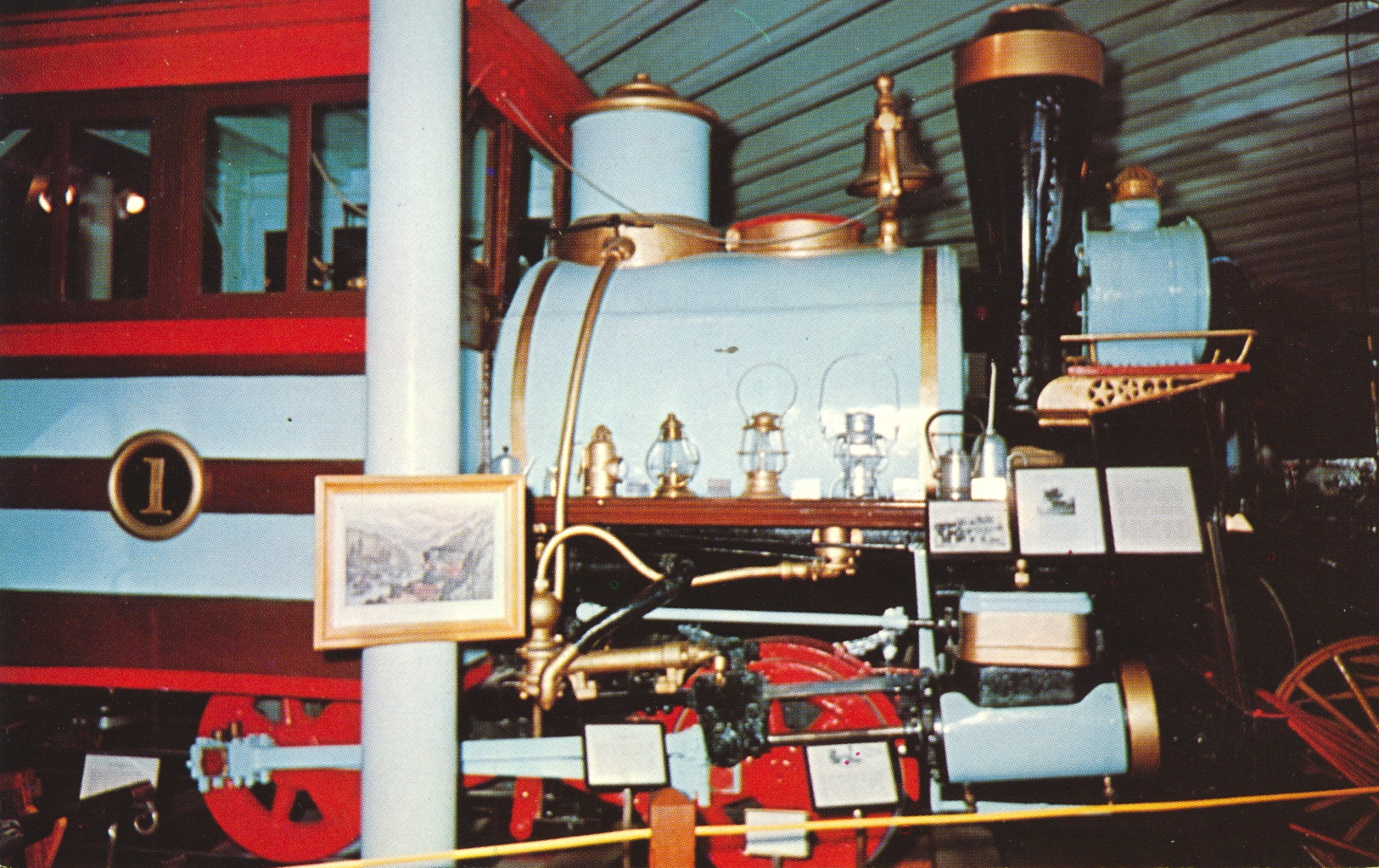 Several of today’s transcontinental railroads started operations with a locomotive like this. It is just one of 30,000 items in 22 buildings on 2 1/2 city blocks showing man’s progress over the past 120 years. Located 130 miles west of Lincoln, Nebr., on U. S. 6 & 34.

–Such locomotives were unlikely to be used by Class 1 railroads on their long distance runs. This card is probably from the 1960s.