This image shows the enormous range and variety of medicine and nostrums that were available until the passage of the Pure Food and Drug Act in 1905. Many of these concoctions contained ingredients we now consider dangerous or deadly, such as mercury and opium. 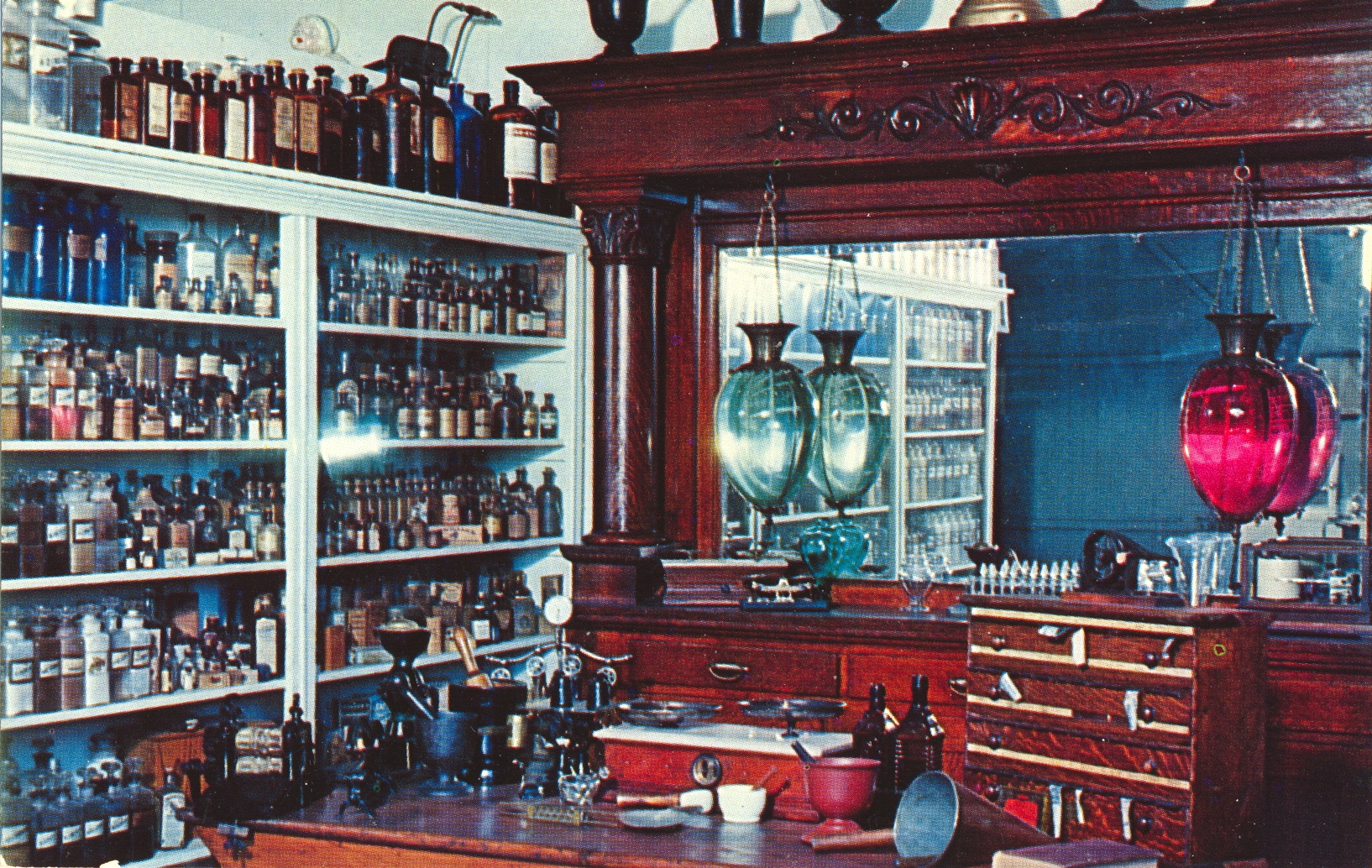 This was the corner drugstore prior to 1900, but it didn’t boast ice cream sodas, cigarettes and cameras. Instead, the shelves were filled with patent medicines and the drawers had such items as sassafras, cinnamon sticks, rock candy and herbs from which medicines and pills were concocted.