This card illustrates another domed building, this time built on the design of R. Buckminster Fuller, who invented the geodesic dome. It was originally the headquarters for the Citizens State Bank when built. It is commonly referred to as the Gold Dome building. 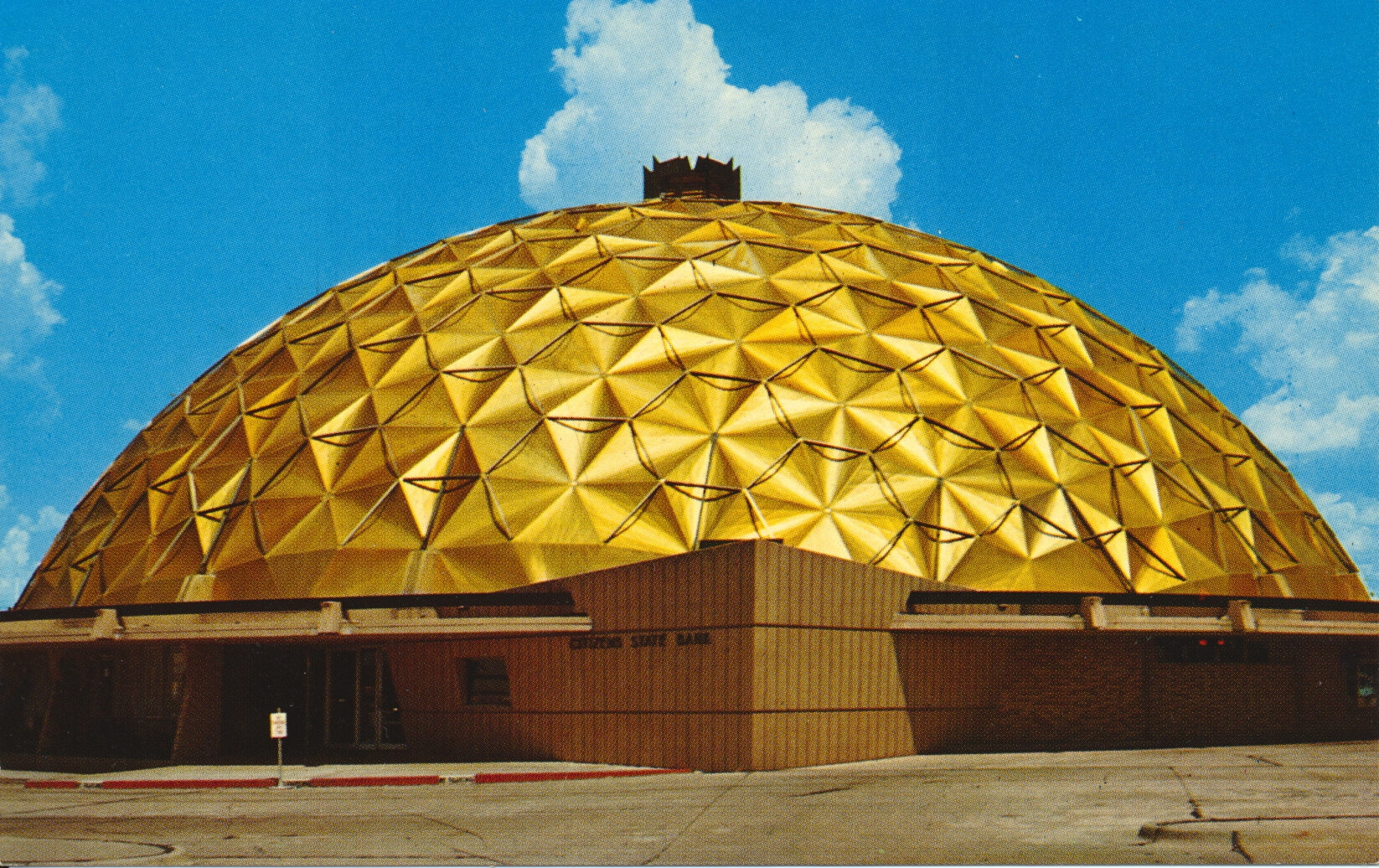 This beautiful, modernistic, geodesic dome bank building located at N. W. 23rd and Classen Blvd., was built at a cost in excess of one million dollars.

–Since its construction the building has passed through several hands, and was at risk of demolition until preservationists mobilized to keep the building intact. Most recently it has been empty, but there are plans for occupancy in 2014, pending extensive renovation.

The building was completed in the late 1950s, so this card likely dates from the 1960s.