Another view of the downtown skyline, this one likely at dusk with an extended exposure time, as indicated by the streaked taillights in the lower left. The buildings in the background are the same as the ones in the previous two views. 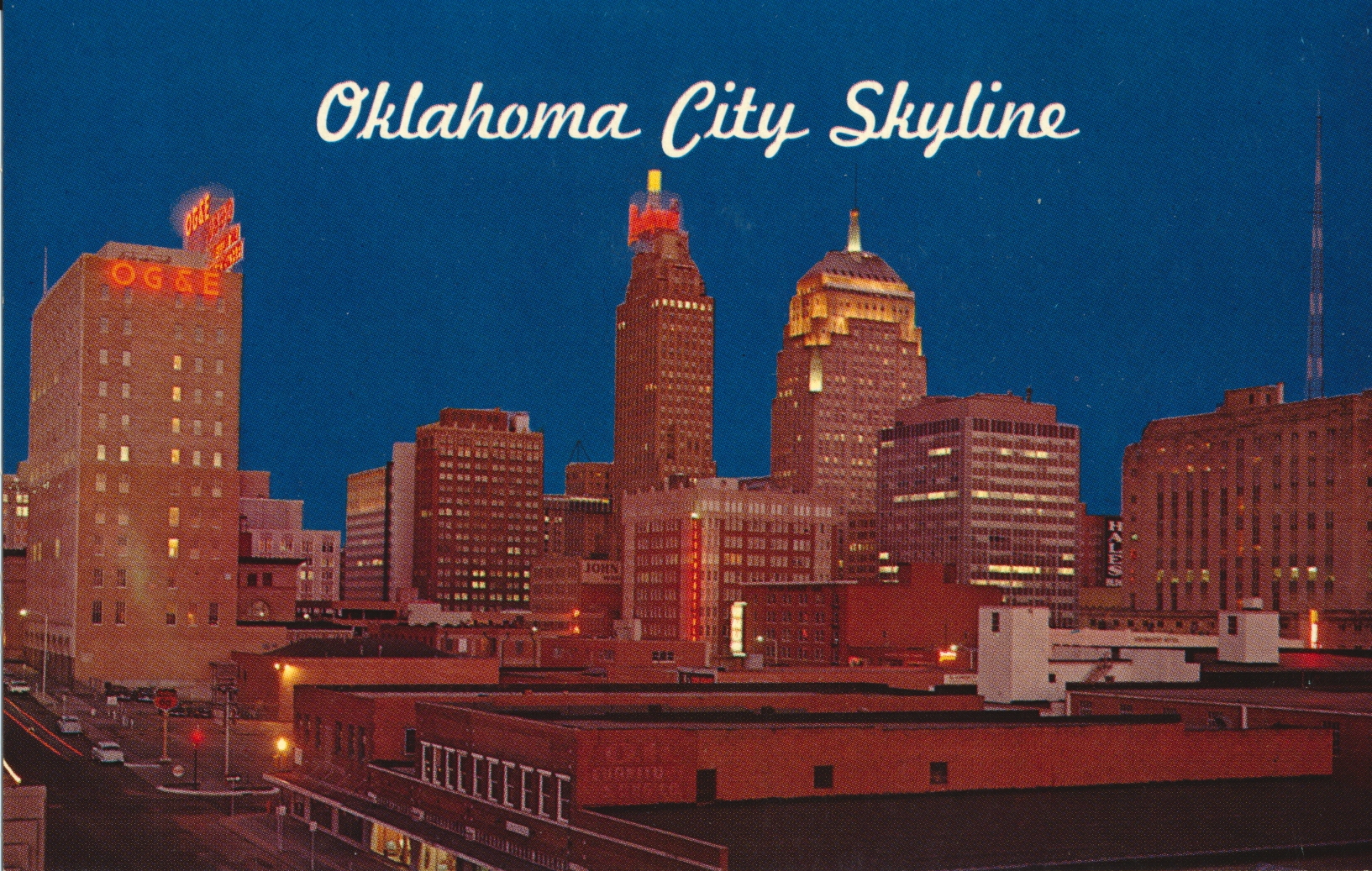 Oklahoma City is believed to be the largest city in area in the Nation.

–By this time, the 1960s, the claim to size was possibly still valid, but currently the largest city in the contiguous 48 states is Jacksonville, Florida, 147 square miles larger than Oklahoma City.

There are several Alaskan cities which are larger than either of the above, by virtue of their land area encompassing the entire county or regional boundaries. These cites are for the most part sparsely populated.