This image shows the woman identified as Tootie Burgess sitting in a demonstration tipi with a bow and arrows displayed at the entrance. Her dress looks very European rather than Native American, though it is likely it was made by the woman or another rather than purchased. 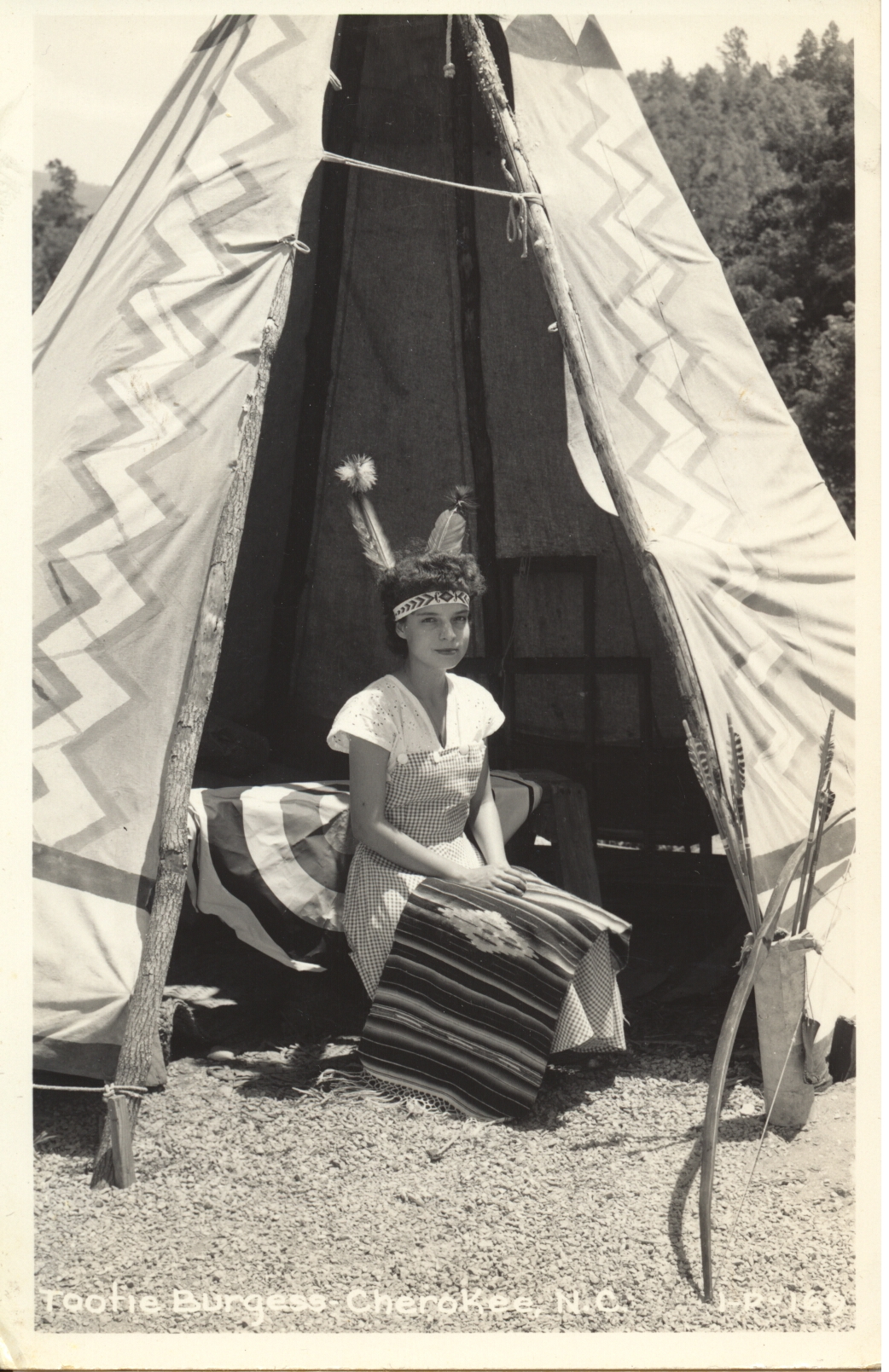 This woman may have been considered particularly photogenic, as she appears in several other postcard images of the time. She is recognizably Native American, but the use of a more European style name would indicate a blood connection to the Burgess family.

There are indications from others that the photo is from the late 1950s, but her appearance with other Cherokee who were photographed in the late 1930s would imply this image likely dates to the 1940s. The misdating may be a result of the photo being sold for many years or decades after the original was produced.