This image is a colorized version of a photograph, intended to look rustic and primitive. The language used on the card front is now considered pejorative, particularly the word squaw. The child, or papoose, was commonly carried on the mother’s back when unable to walk. 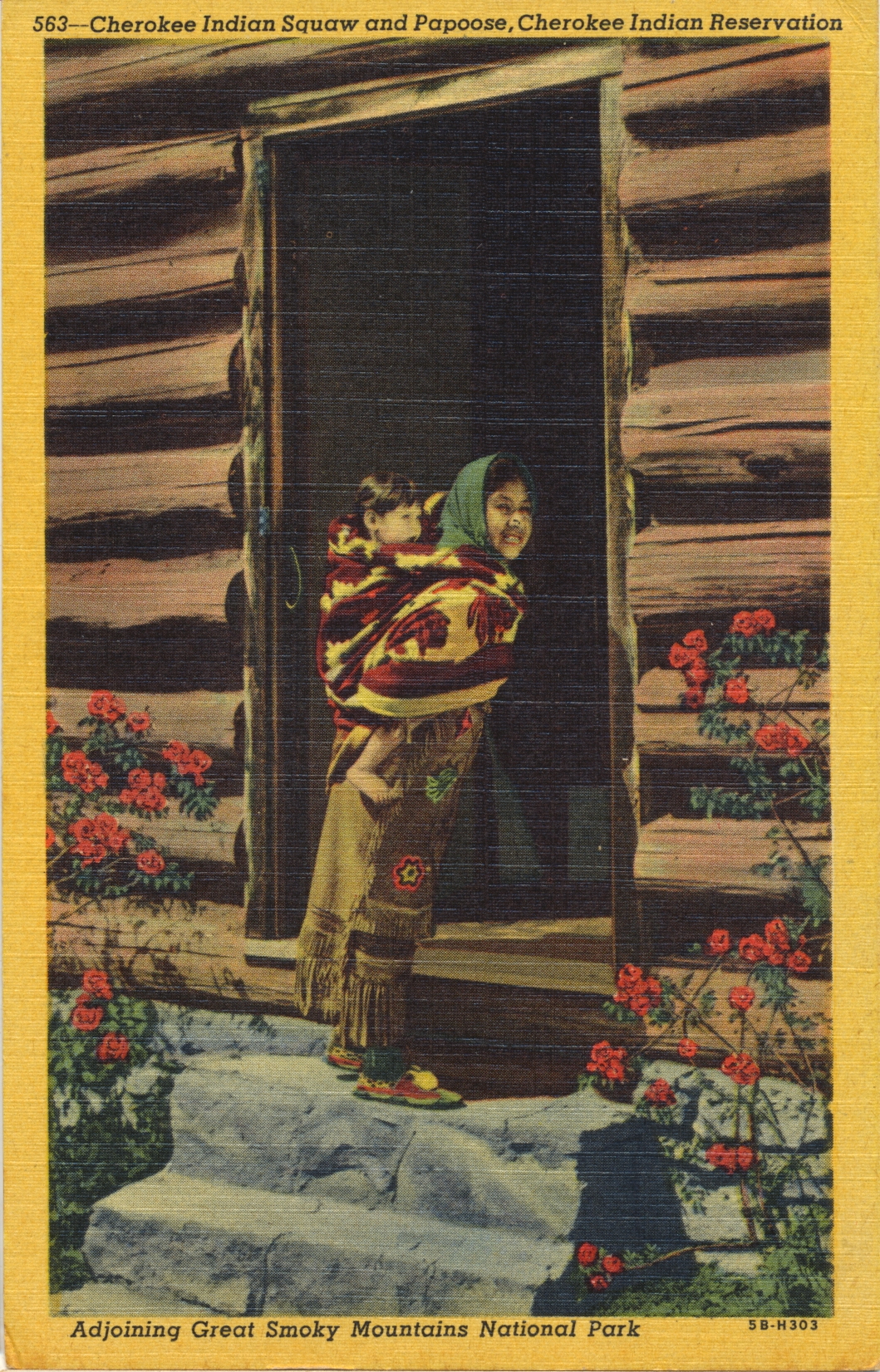 Immediately south of the Great Smoky Mountains National Parrk will be found the Cherokee Reservation where the remnants of the eastern branch of the Cherokee Indians live. Although the government has instituted a comprehensive system of education and modern methods of living, ancient ceremonies and sports are still preserved as tribal customs. The Indians still play the Cherokee game of ball, one of the world’s most strenuous sports. Many are expert in archer and in the use of the blowgun.

–The Cherokee and other Native American nations were ordered out of much of their original lands and made to march to the west, all the way to the Oklahoma territory, on a journey now famous as the Trail of Tears. This led to a split in the Cherokee nation, now identified as the eastern and western branches.