This oddly named motel is on the northern tip of the Upper Peninsula very close to the locks which connect Lake Superior and Lake Huron. It would appear the name is derived from the fictional character Rip Van Winkle, who slept for many decades before waking. 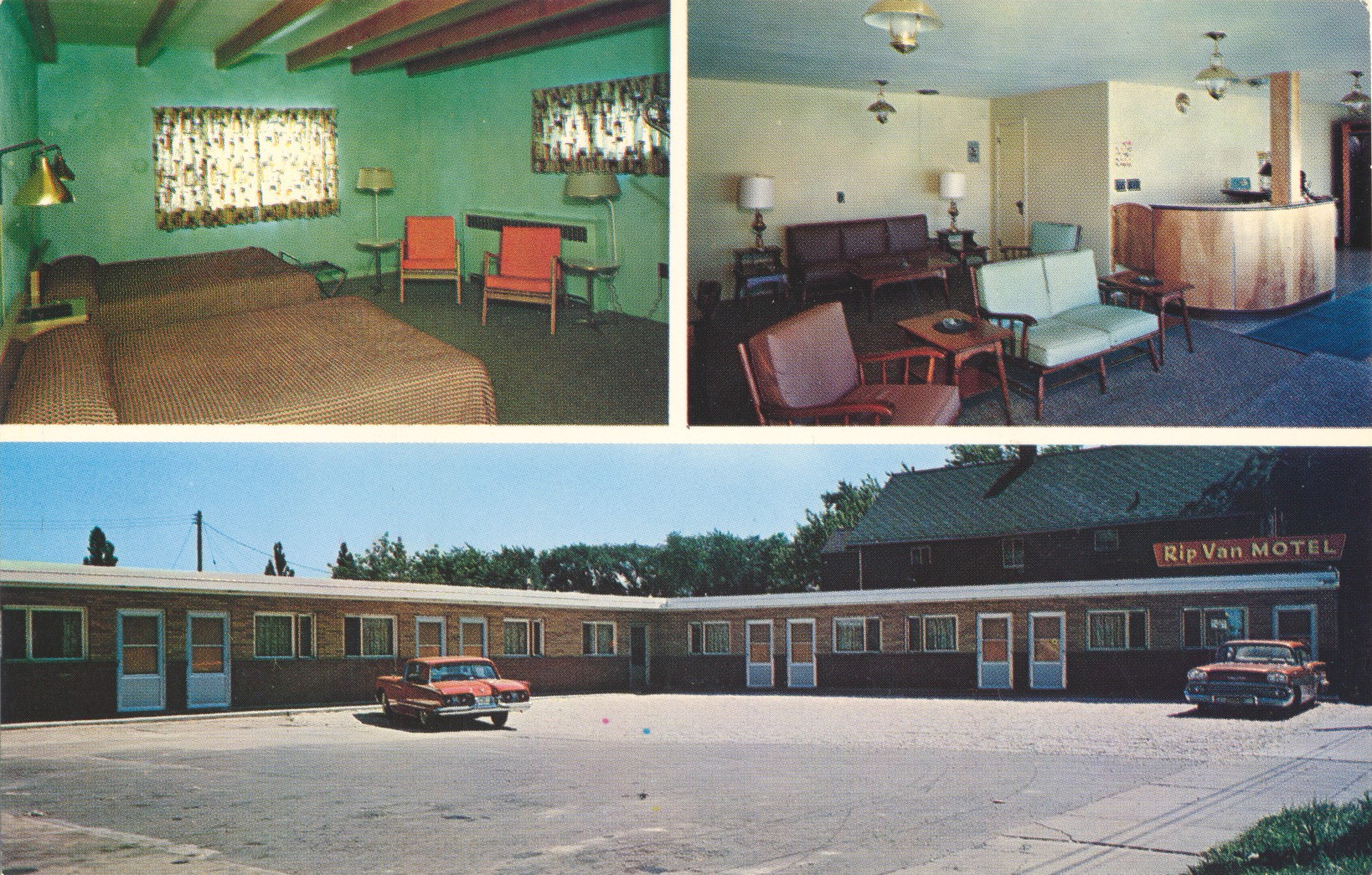 Across the street from famous “Soo” Locks

–This card shows some of the very typical mid-century accommodations and furniture widely used not only in motels but often in private homes. These pieces are now collector’s items in some cases.

The motel apparently has changed hands over the years, and there is a Lockview Motel in this location instead. The old buildings are gone and the new motel has new structures. The auto shown in the photo indicates this card dates from the 1960s.