This motel was situated to overlook the Straits of Mackinac and near the Mackinac Bridge. It was located in the Upper Peninsula of Michigan. 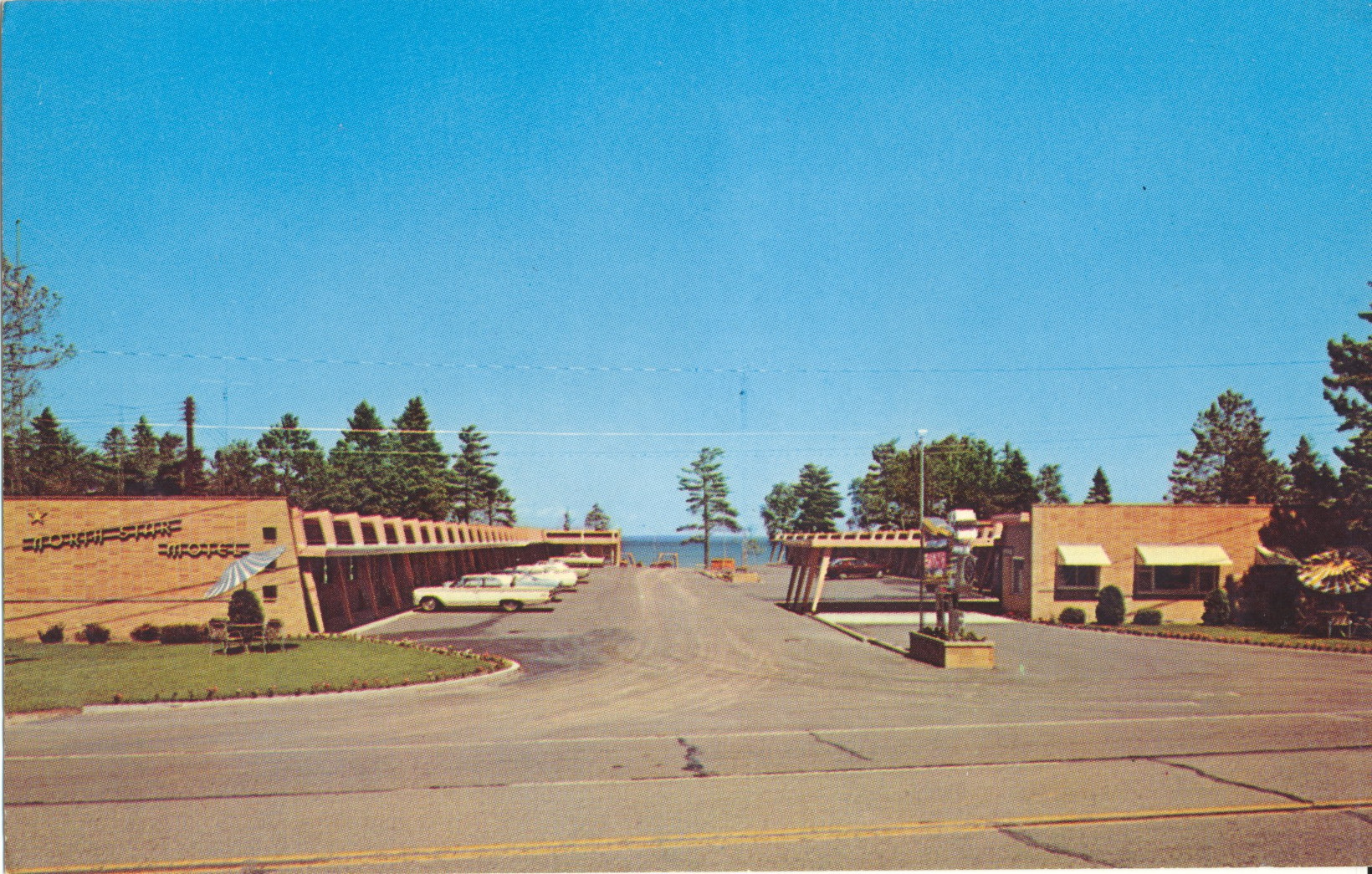 –The original establishment no longer exists, but the buildings apparently remain, under a new ownership, now called the Waterfront Inn, which has the same building layout with extensive modifications.

The cars and presence of zip codes on the card indicate this card is from the 1960s.