This typical motel was built in Traverse City, Michigan but apparently no longer exists. 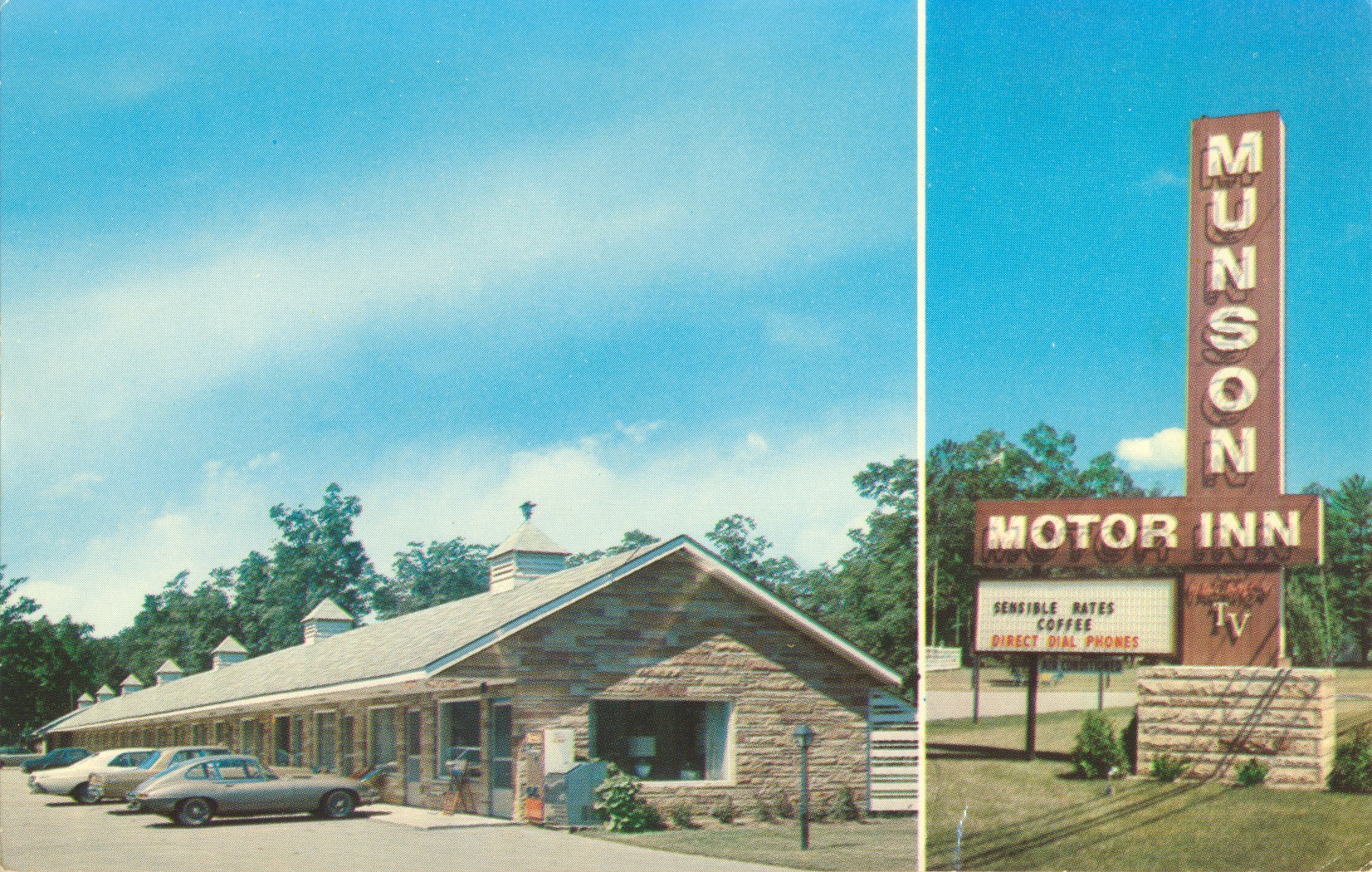 –Early motels did not have much in the way of amenities, and one of the most popular later additions was televisions. So important were these that they were advertised permanently on the road sign as shown in this picture. Later, color was also highlighted, and in the 1970s and beyond, cable services such as HBO also listed to attract the passing traveller.

Of special note is the automobile in the foreground of the photo, which is a rare and highly prized model today: a Jaguar XK E-type. The car indicates that this photo is from the 1960s.