The Manor Motel still stands in Newberry Michigan, where it was first opened 48 years ago in 1966. 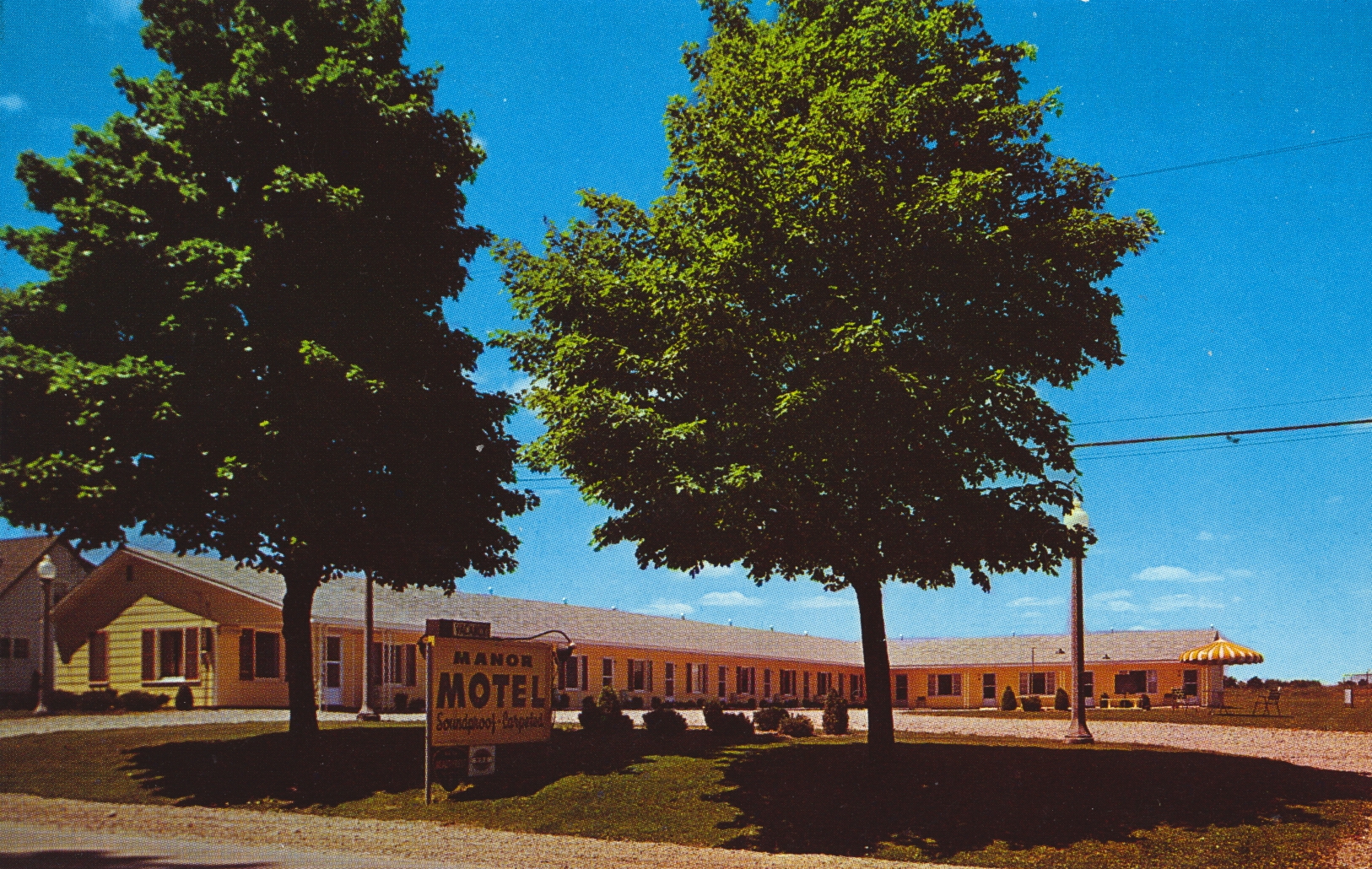 –Playgrounds with simple games such as shuffleboard were common for establishments like this one during the mid-century. Most such constructions have been demolished and replaced with pools where practical, as those are more commonly used.

The building has been remodeled on the outside, as can be seen at the link above. The date on the website indicates this card is from the 1960s.