This motel is located on the upper peninsula of Michigan, on the top of the northern finger of the Keweenaw peninsula. The motel is in the midst of the town of Copper Harbor and looks out over Lake Superior. 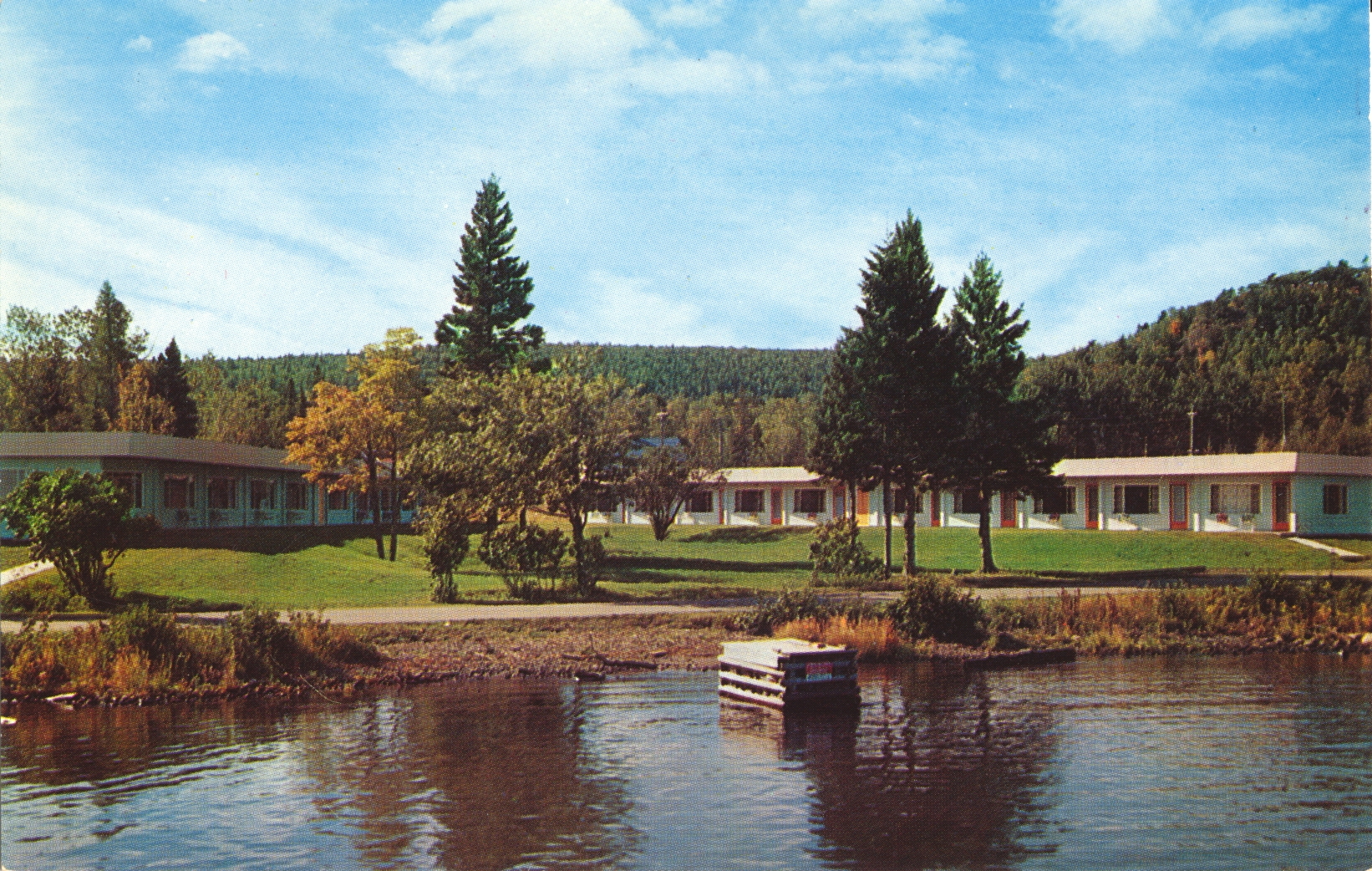 –As shown by the link above, the motel still exists in it’s original configuration and location. The object in the water near the shore is a floating platform, to allow swimmers to rest further from shore and dive into the deeper water from the platform. It is certainly long gone by now, possibly replaced by something more permanent and safer.