This motel is located in the upper lower peninsula of Michigan on Little Traverse Bay. The area is known for its characteristic fossil deposits called Petoskey stones, made of fossilized rugose coral. 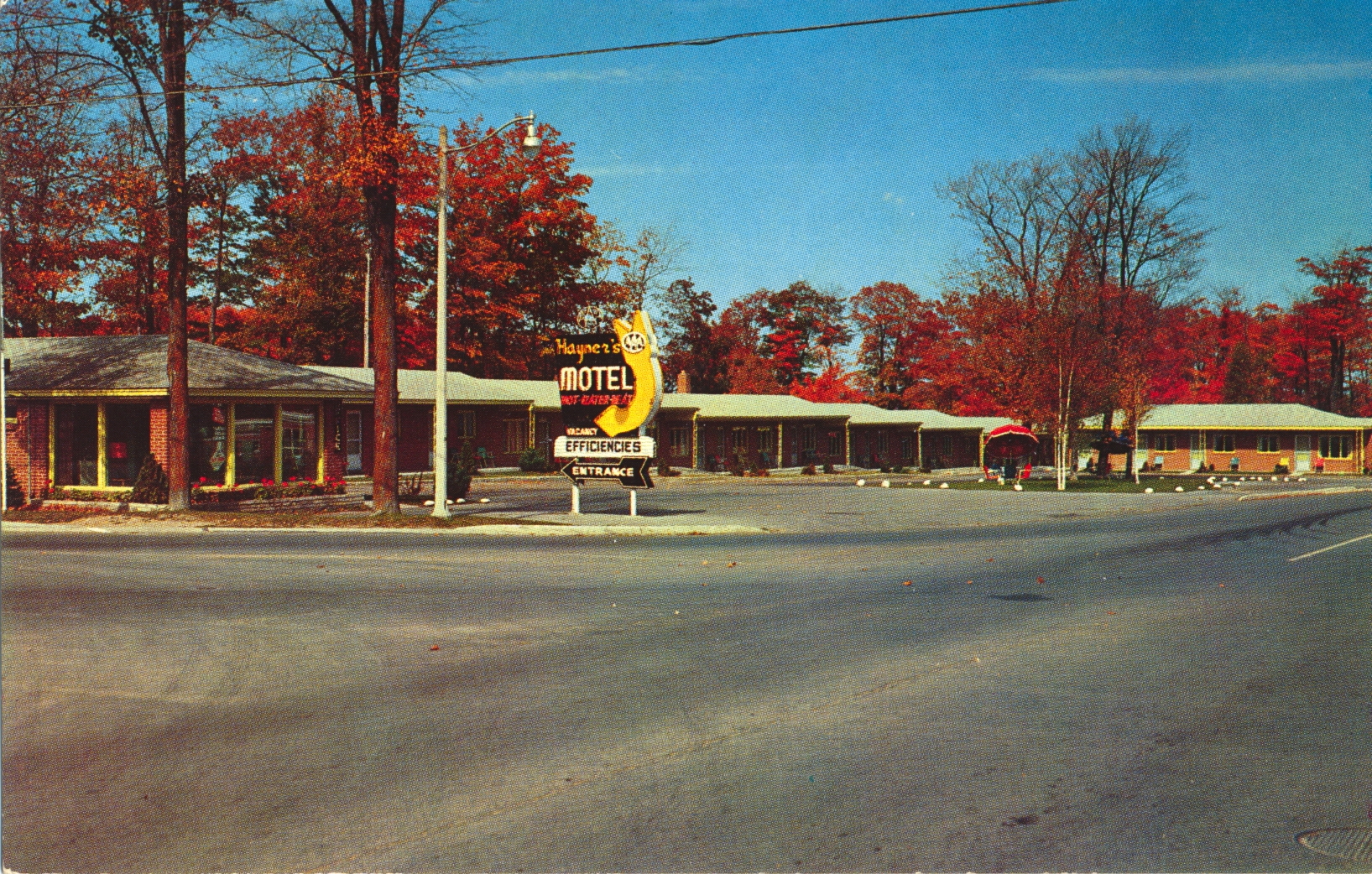 –This motel was a bit more modest than the previous ones, indicated by the availability of TV but not located in each room. Also, while there was air conditioning, the heat was from radiators, rather than wall heaters which were the standard of the day.

The motel was built on the location of the Hayner family gas station, and was sold in 1988. The motel owner, Harold Hayner, died in 2008.