This motel is not one of the rural establishments built near parks and scenic areas. The Motel De Ville was located just outside the city of Detroit, in the suburb of Royal Oak. 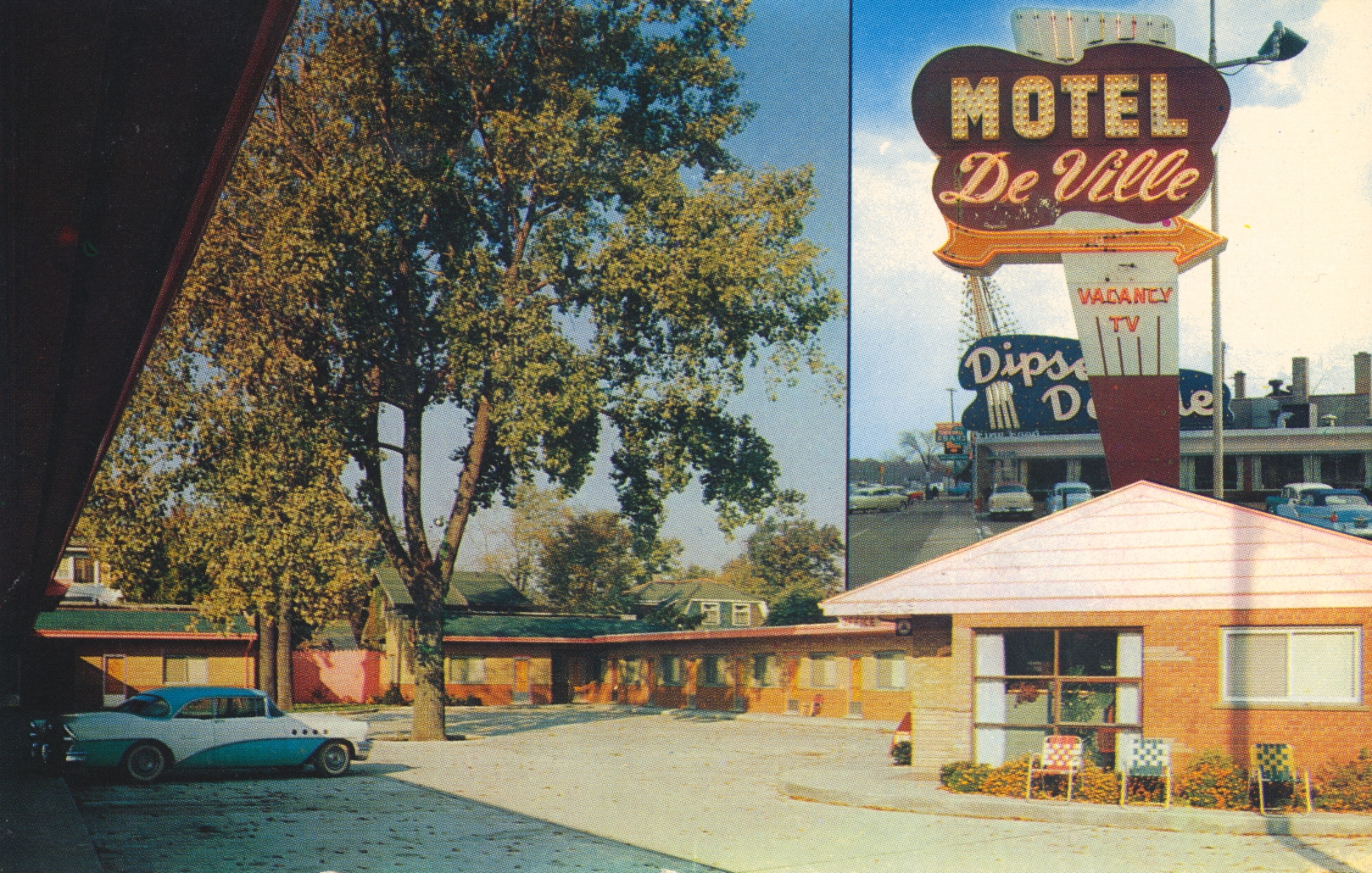 –The motel no longer exists on this site. In the background of the inset photo is a partially blocked sign for the Dipsy Doodle restaurant chain. These were modest diners located around the eastern half of the United States in the mid-century. All but a few are closed as is this one.