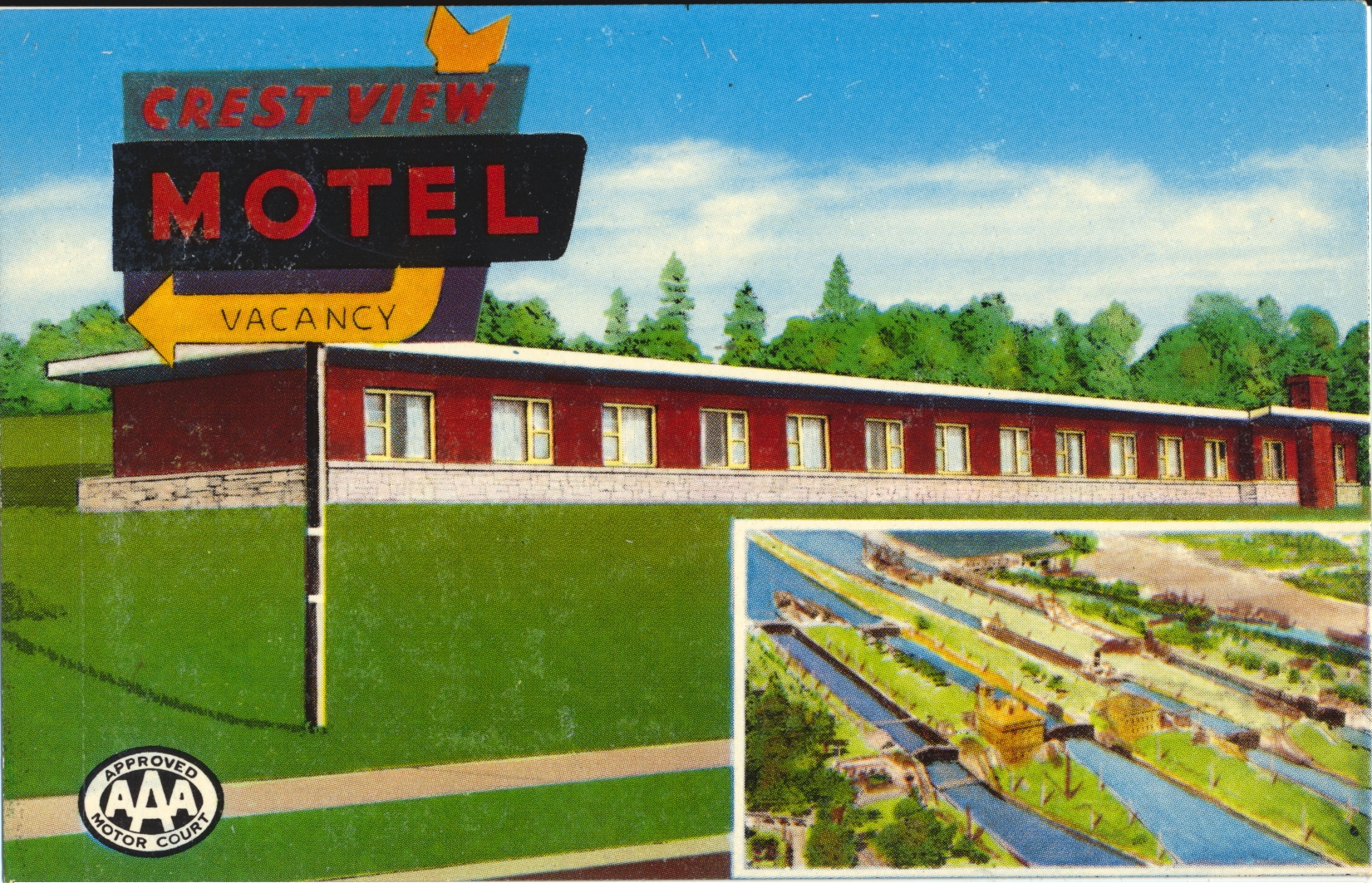 “The Soo’s Newest and Finest”

Luxurious furnishings – Hot water heat- Tubs and showers – Soundproofed – Wall-to-wall carpeting – Phones in all rooms and some air-conditioned – At foot of Ashmun Hill – Overlooking both Soos, American and Canadian – Open year around.

–As can be clearly seen, this is an artist’s rendition of the motel, including the rendition of the view of the Soo Locks presumably from the motel grounds. This is a typical example of the most standardized construction of motels of the era.

The seal at the bottom left is common for motels of this era, and indicates an affiliation with the American Automobile Association, an organization which, among other activities, provided reviews, approvals and maps to motels and notable locations.

The card likely dates from the 1950s.