This begins a two week tour of American motels from the mid-20th century in upper Michigan. The first is the Motel Bay de Noc, built in the Upper Peninsula of Michigan. 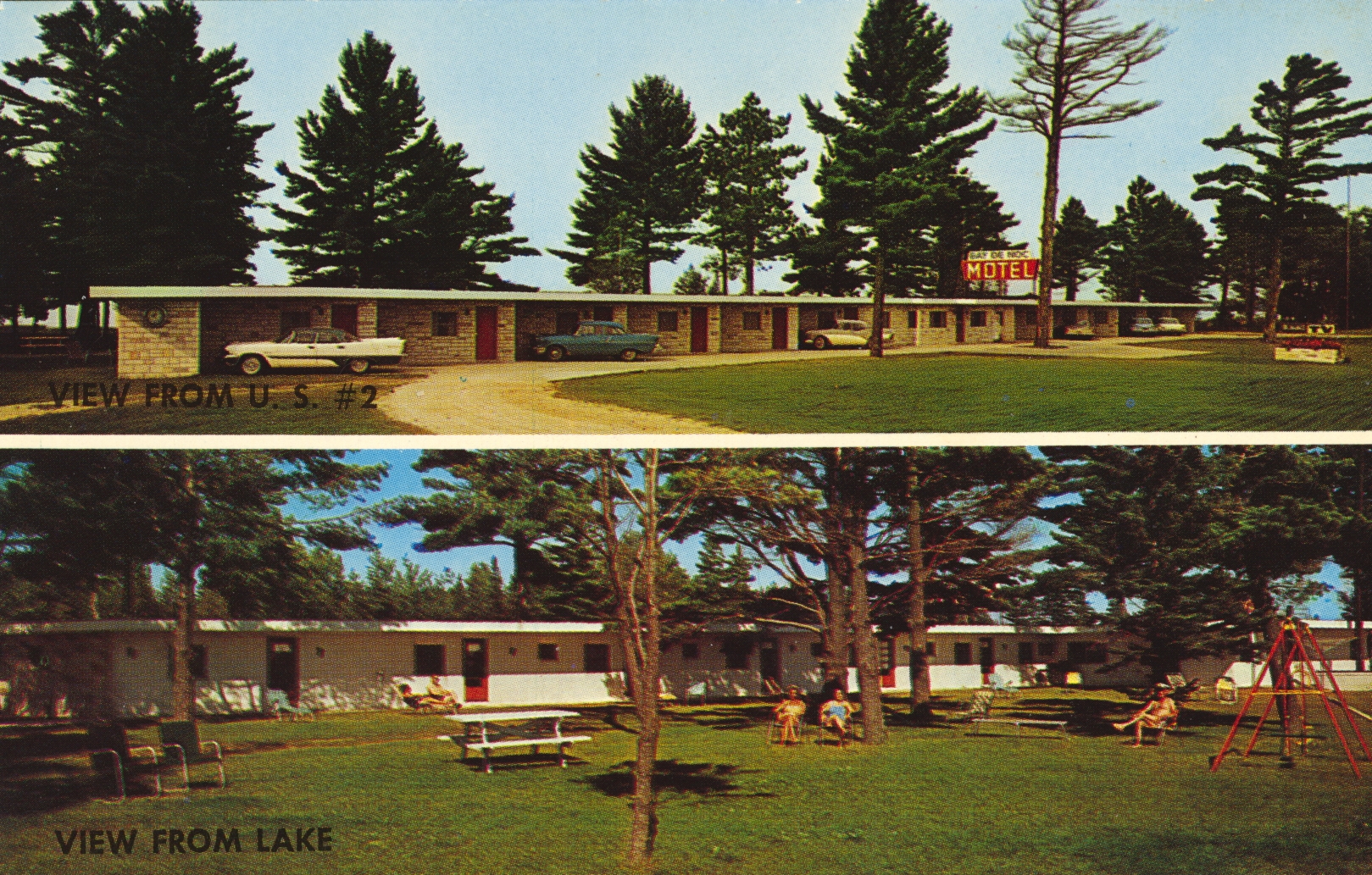 –The design is more typical of the second generation of motels, with more standard construction rather than the individual cottages of the 1940s and earlier. This differs in the convenient but awkward location of parking, where the car is immediately in front of the motel room door. Not only does this potentially make for awkward entry and exit from the car and room, but also unloading and moving bags in and out.

In addition, cars of this era were fairly noisy when started, and had to be run for a few minutes to be ready to drive. The car placement directly adjacent to the room would mean all that noise and potential smell would be inescapable to the room’s occupants, and possibly the neighbor’s room occupants as well.

The rooms were also unusual in that there was a front and back door, essentially unknown now, which allowed the visitor to exit onto the back park area and proceed directly to the lake and picnic areas adjacent. Equipment there is basic and typical of the time.

The cars shown indicate the card dates from the 1950s.