This image is of a Pueblo man dressed in a dance costume likely used in public performances. The majority of the clothing is buckskin, including the shoes, while the headdress is eagle feather, leather, horsehair, cloth and beads. 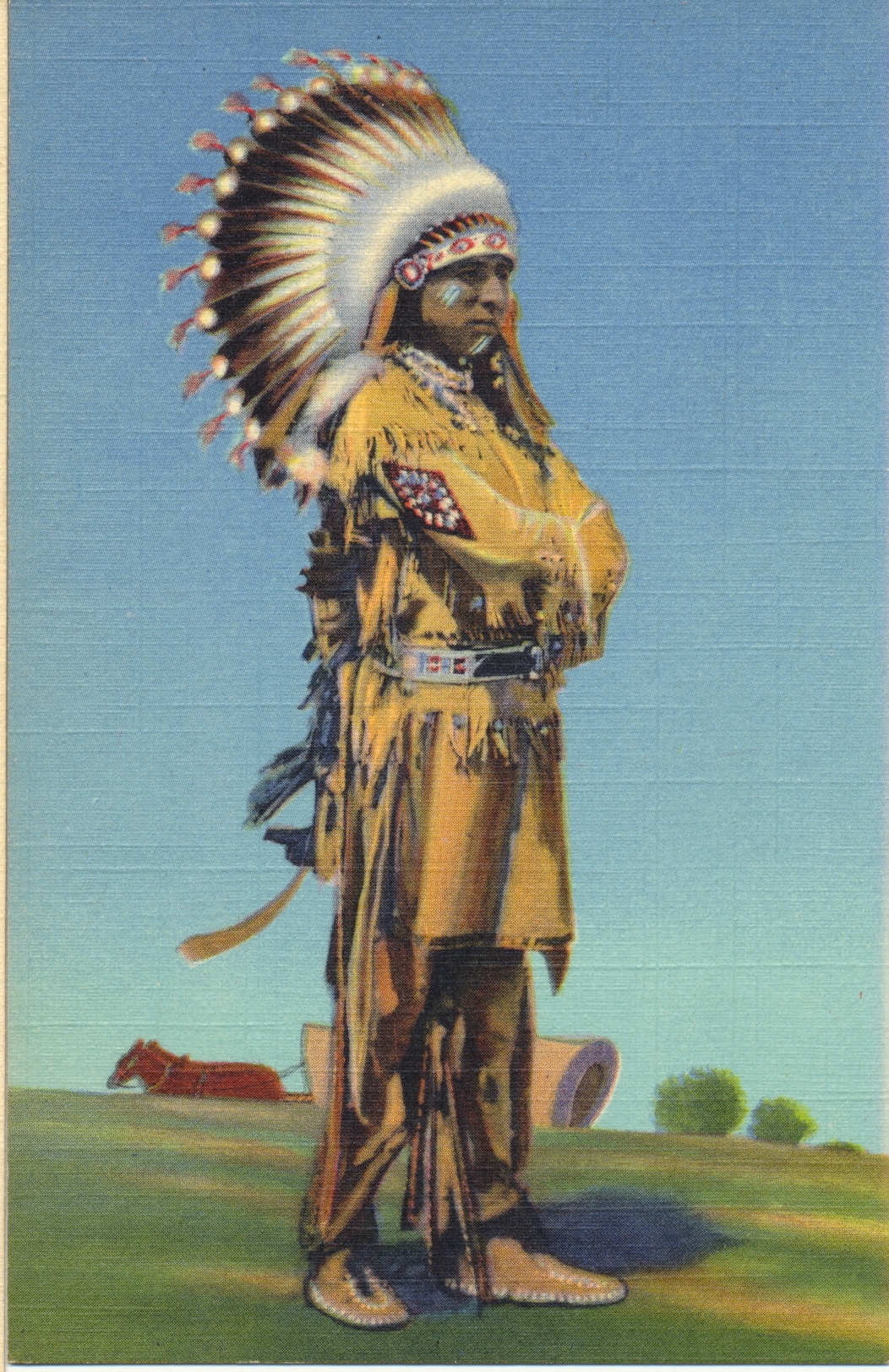 Beautiful, rare, beaded buckskin costumes are used by many tribes of Indians in their ceremonial dances. Most of these are valuable antiques handed down from their forefathers.

–The eagle headdress, while quite dramatic, was originally worn by plains tribes such as the Sioux and was only much later adopted by the tribes of the southwest. This image is part photo and part illustration, as it is unlikely this modern Indian would have been standing for the photo while a covered wagon just happened to be in the background, particularly in New Mexico.