This card shows a rehearsal of the Pueblo Deer Dance as performed in the mid-20th century in New Mexico. 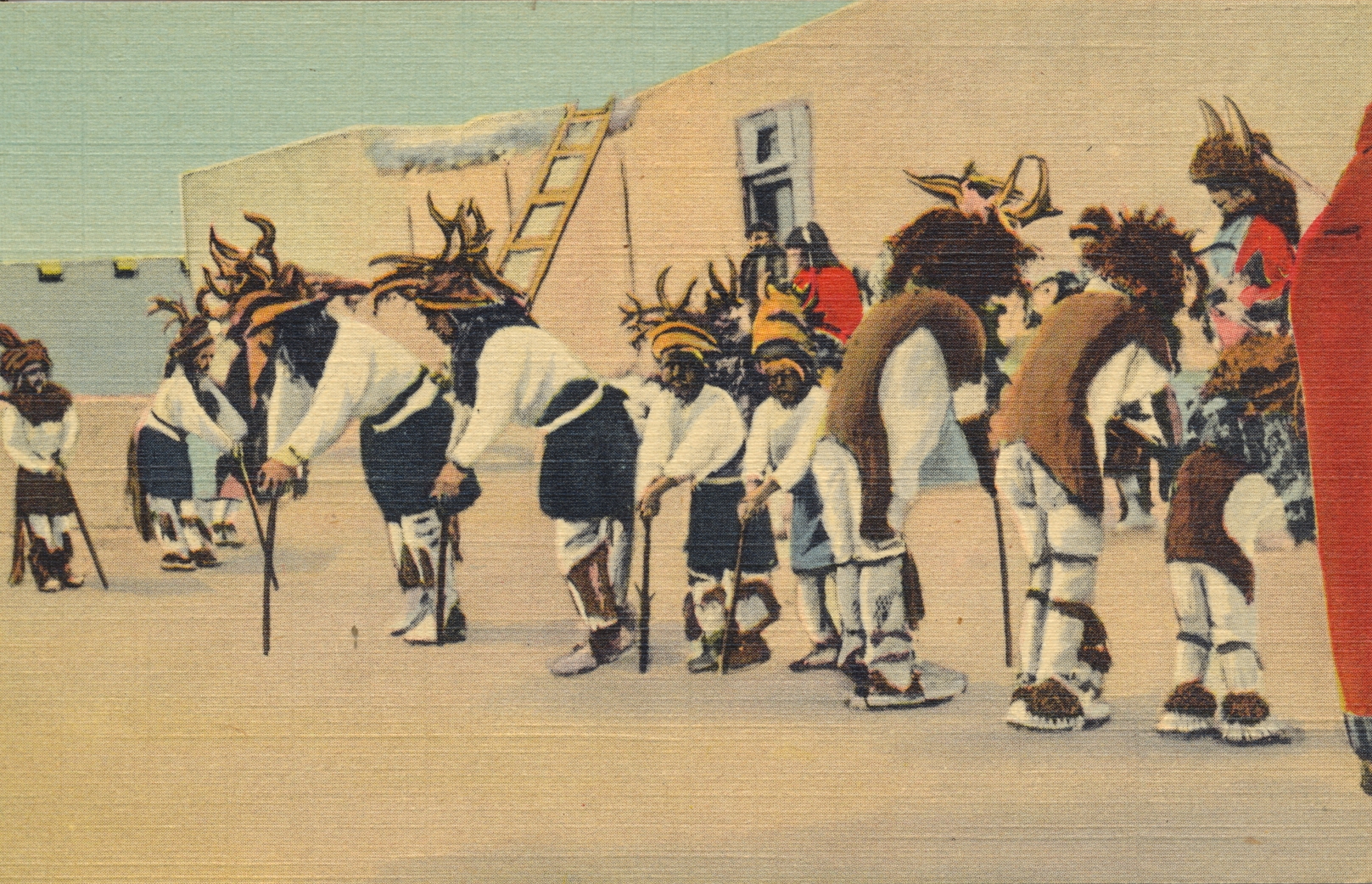 The caption on the back states:

The dances of the Pueblo Indians are many and the costumes worn, rare in keeping with the ceremony. The dance of the chase represents the Indian in costume, with Buffalo Head and Bow and Arrow, others with antlers carrying a stick in each hand to appear four footed, adorned with Fox skins and Eagle Feathers.

–Additional more recent photos of the Deer Dance performances can be seen here. This card likely dates from the 1940s.