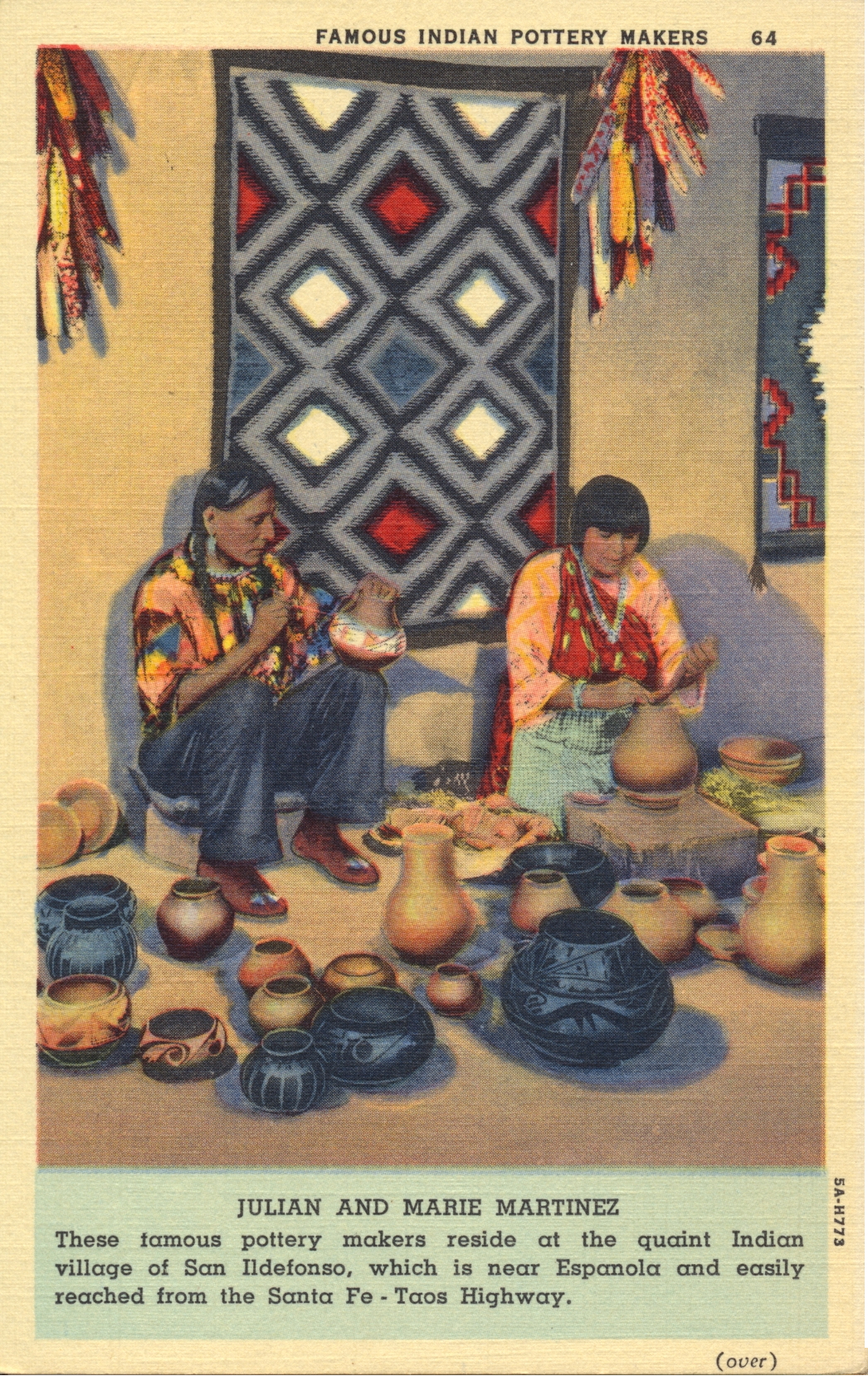 The couple featured here, Julian and Marie Martinez, were famous for their own pottery work and also for the recreation of historical forms, particularly the ‘black on black’ style illustrated on this card.

The caption on the back of the card states:

The following comment is given on the work of Marie in the New Mexico Magazine, Santa Fe, N. M., Nov. 1934: “One of the finest Indian Pottery makers of today, examples of her work are in every Museum in the U. S., as well as those of foreign lands.”

–The photo has obviously been colored in addition to reprinting. The card is almost certainly from the 1940s, as Julian died in 1943. Marie lived until 1980.