Mission San Juan Capistrano is one of the most famous, as it has the tradition of celebrating the return of migrating swallows every year, which has been the subject of songs and films. This is traditionally celebrated on this day, 19 March, also called St. Joseph’s Day, every year. 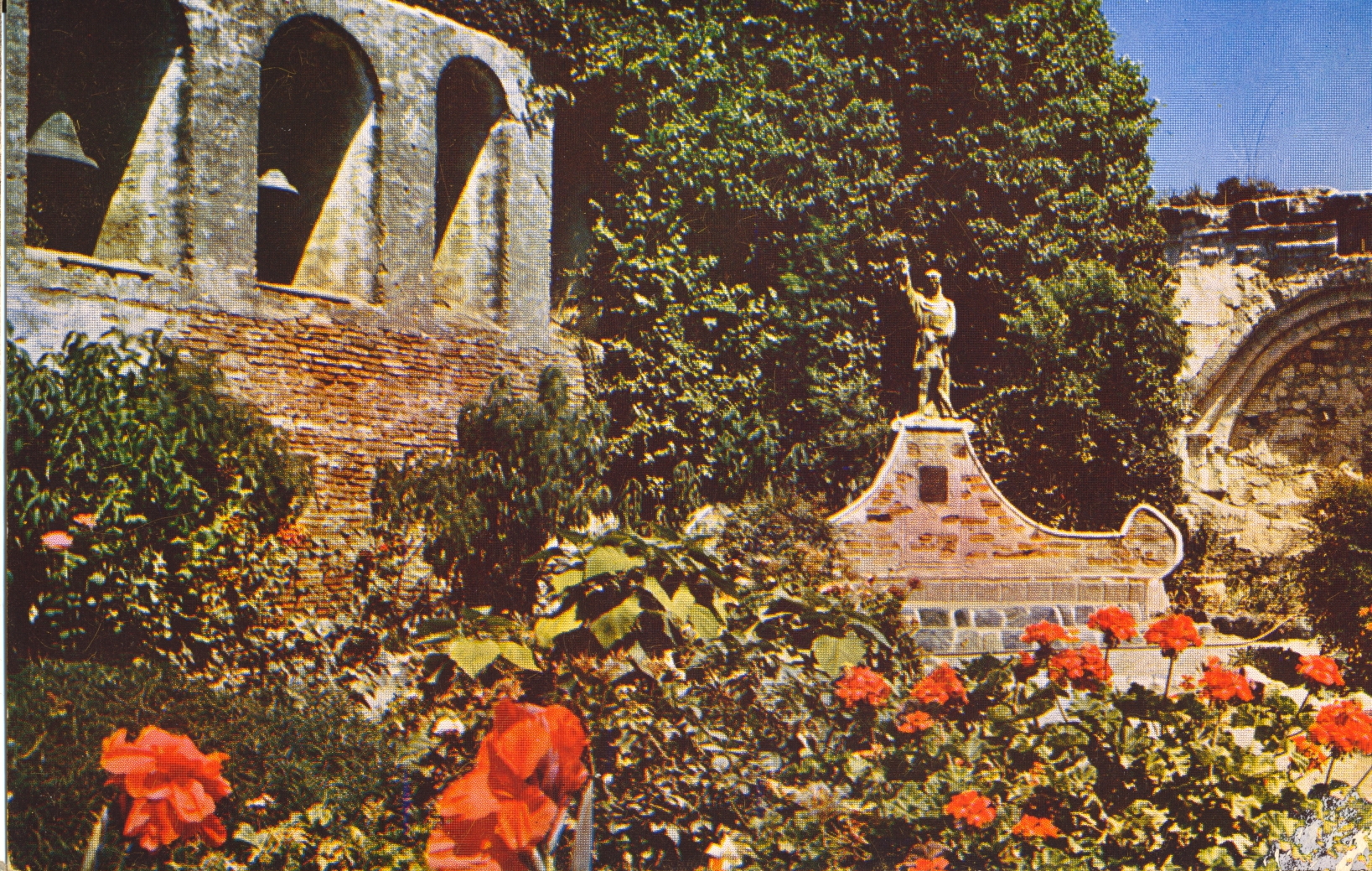 This courtyard of the famous mission, with its surrounding ivy-covered walls, is where owls and swallows by the thousands take refuge. The arrival of the swallow on St. Joseph’s Day each year is a phenomenon anticipated by all.

–The mission has yet to be fully restored, though the chapel has been in constant use since its founding. The postcard likely dates from the 1950’s.