Mission San Antonio de Padua is in a more remote area of south Monterey County. This means the area around it is more consistent with the original conditions that existed when the mission was founded. It also was one of the later missions to be restored. 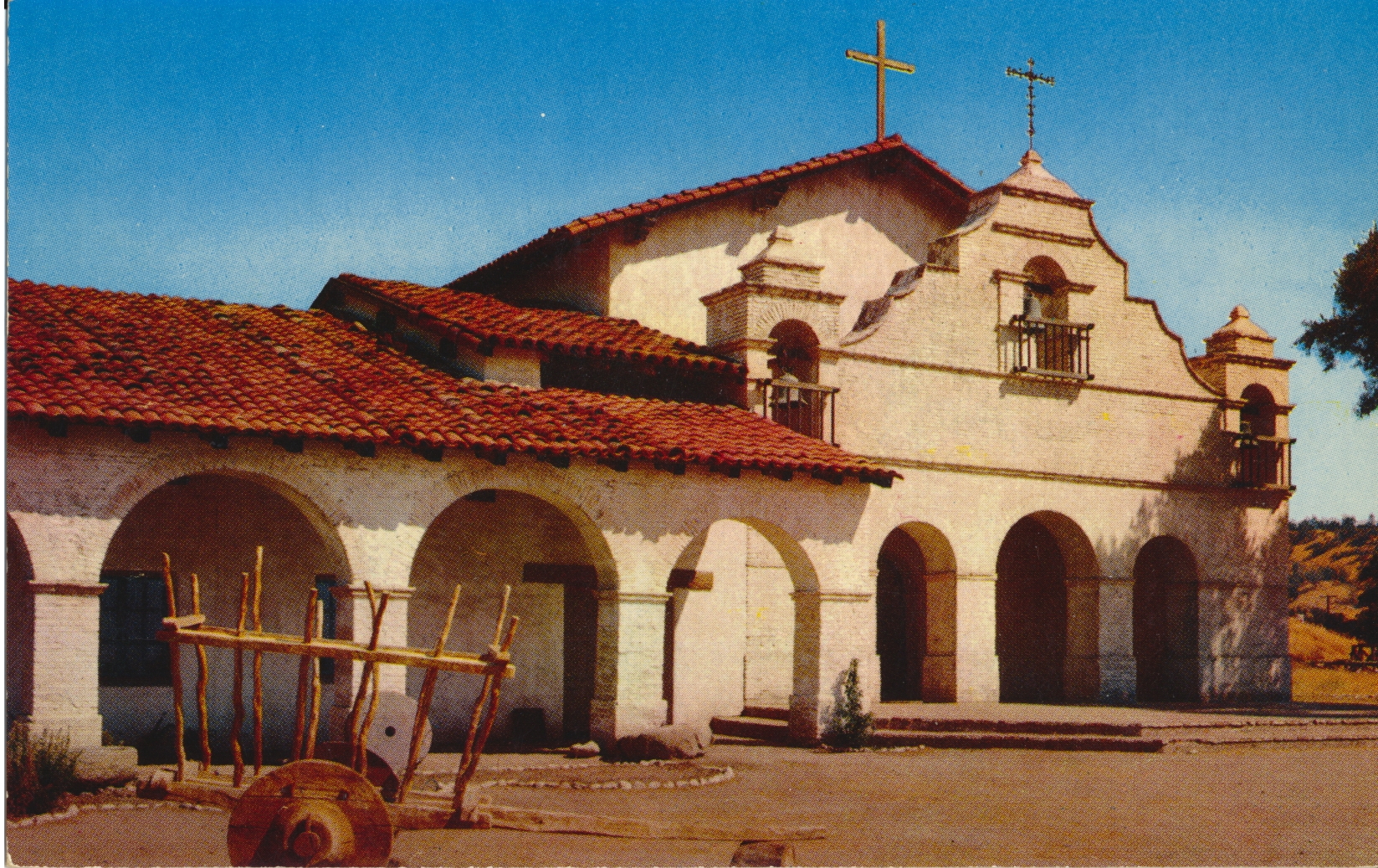 Color Photography by Hubert A. Lowman

Only recently restored and rebuilt by the Franciscans who use it as a school fort their Order, the charming setting in an oak-studded valley remains the same as when founded by Padre Serra. The walls and unique brick facade of the church, and a few arches, remain of the original.

–This mission was also the first to have a tile roof, as earlier missions were wood or thatch before being upgraded. This postcard likely dates from the 1950s.