This begins a two week showing of several more missions in the original chain founded in the 18th Century by Father Junipero Serra and others. This specific image is of the convento wing of the Mission San Juan Bautista (Baptist) quadrangle and the main church building in the distance. The rest of the quadrangle was demolished or destroyed in the 1906 earthquake, but there are hopes to restore it now the foundations have been determined. 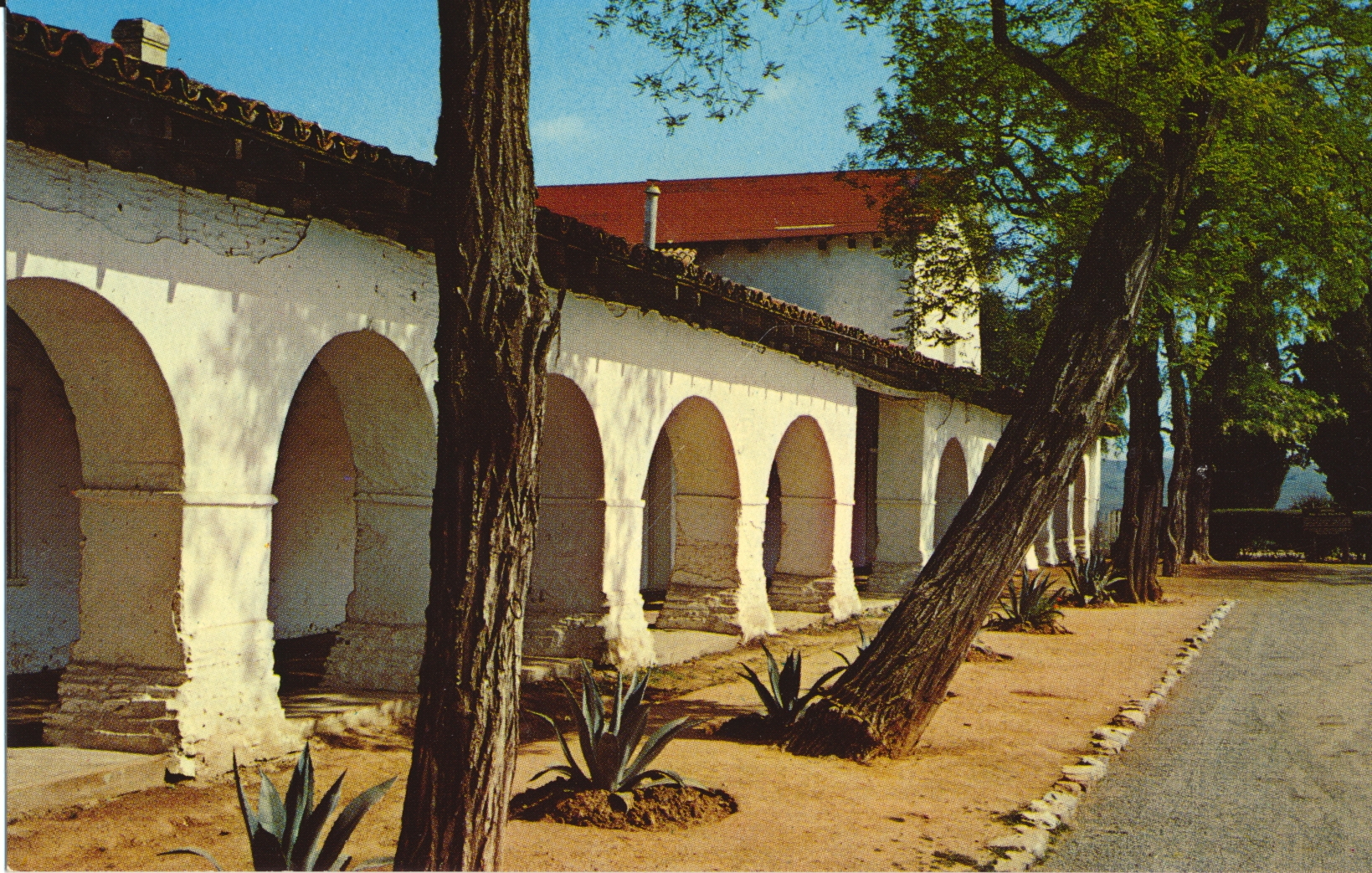 Other missions are restored, but what is here is original. This is the largest of all Mission churches, and the only one built with three aisles. Other buildings facing the old Spanish Plaza and contemporary with the mission are preserved separately as a State Historical Monument.

–This postcard most likely dates from the 1970s.