This is the interior of the Bruton Parish Church which dates from the late 17th Century. Shown is the altar at the far end, the pulpit where the sermon was preached and other announcements made. On the side walls are boards where numbers would be hung to indicate which songs were to be sung from the standard hymnals provided in the pews, the benches for the congregation to sit on. 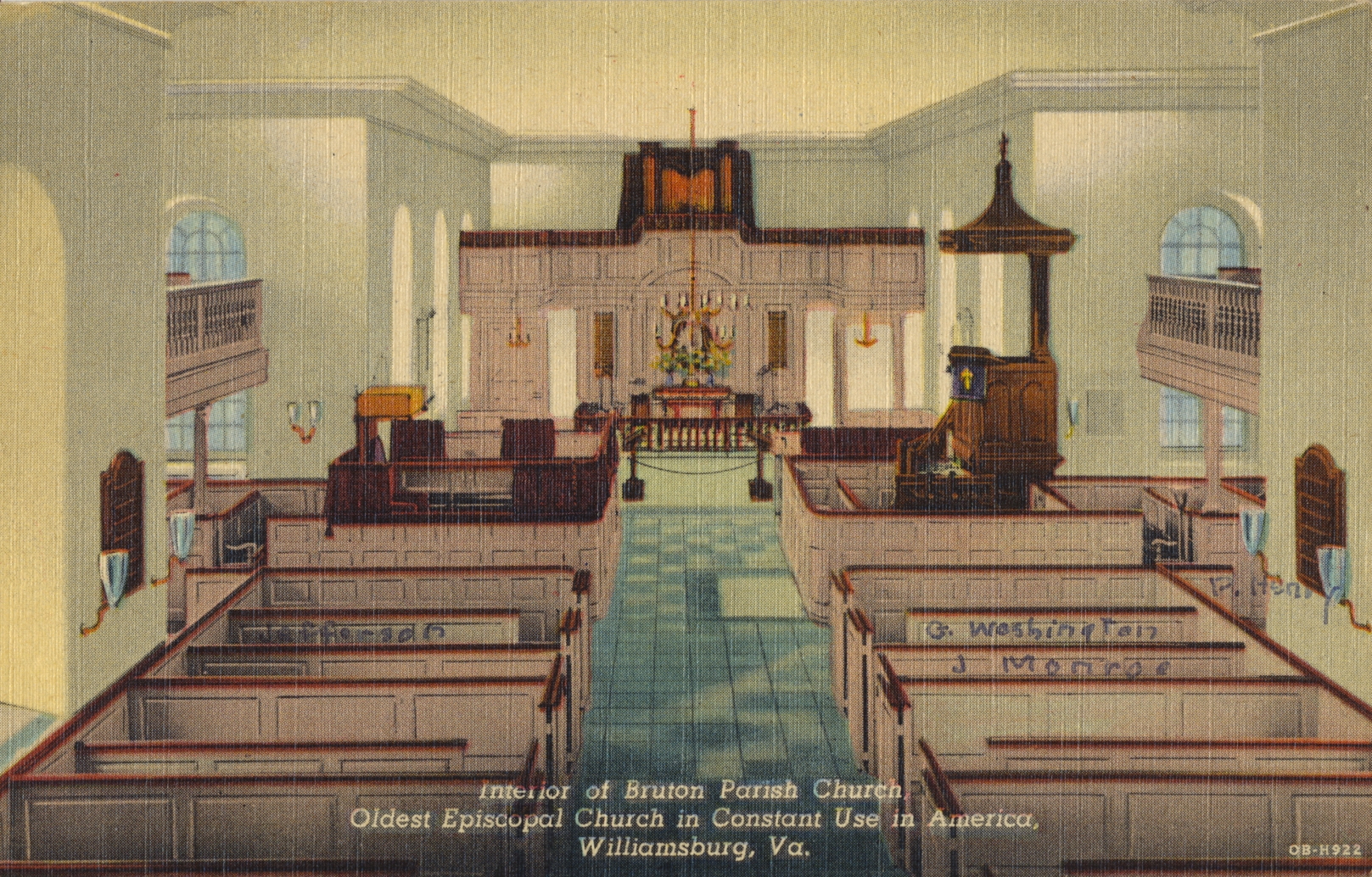 There is no description on the back of this card. However, by clicking on the image to enlarge, one can see that the original purchaser of the card has marked the seating locations of four famous men from the era. Most difficult to discern is the note for Patrick Henry, on the far right under the hymnal board.