Shown here, and standing in front of the building known as the gaol (a variant spelling of jail), are the outside punishment devices common in the American colonies. The item on the left is a pillory, and the criminal’s head was locked in the center hole, while the arms were locked into the holes on either side. To the right is a stock, and this device locked the criminal’s feet at the ankles while the prisoner sat or lay straight legged behind the device. 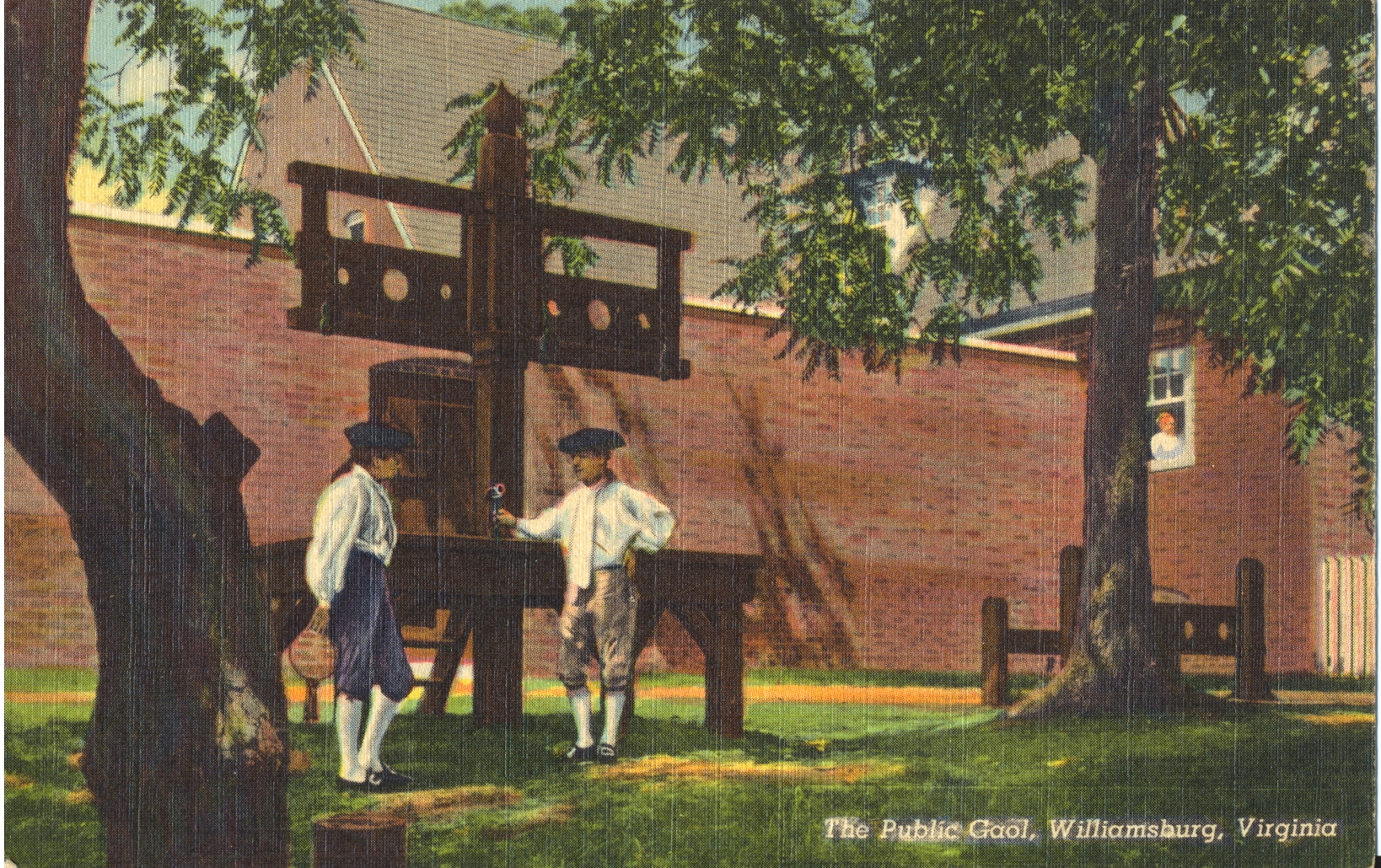 This building dates from the beginning of the eighteenth century and has been restored on original foundations. It includes part of the original structure.

–Stocks and pillories were public so the criminal could be accosted by paddling, tickling, pelting with fruits and vegetables among other humiliations. This card likely dates from the 1950s.