This depicts a legislative scene in the Capitol Building, featuring the House of Burgesses. This was the first elected legislature in the American Colonies. 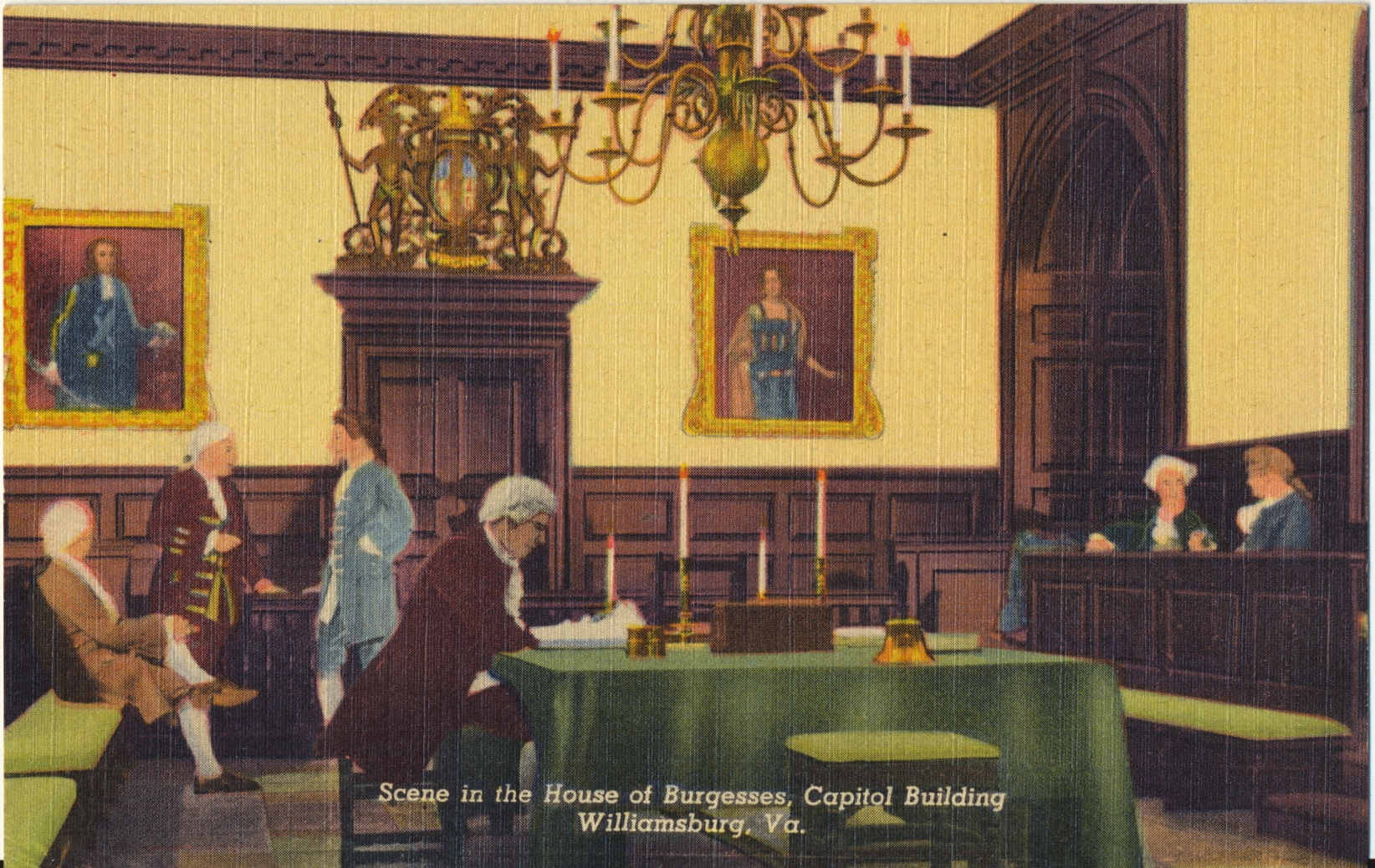 A scene in the House of Burgesses, Capitol Building, Williamsburg, Virginia, where George Mason’s Bill of Rights was introduced and where Patrick Henry made his famous “Treason” speech.

–The “Treason” speech mentioned above is the one made in support of his Virginia Stamp Act Resolutions, which are widely considered to be a major causus belli for the American Revolution. The postcard likely dates from the 1950s.