This image shows a variety of corals, in this case corals that grew individually and not in colonies as is common today. Scientifically, they are known as Rugosa. 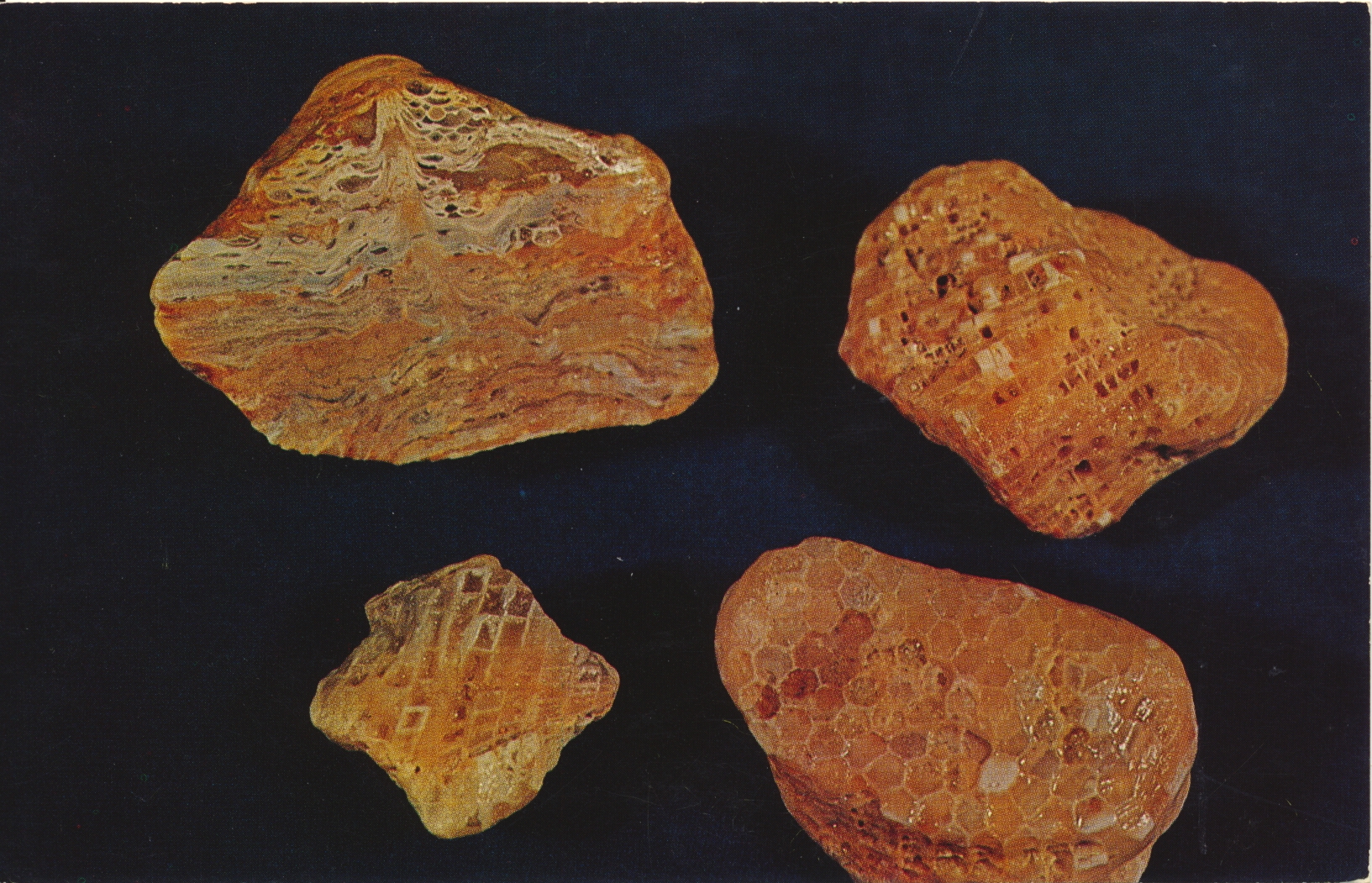 Simple (solitary) corals are found in both upper and lower peninsulas of Michigan. These fossil corrals have been silicified. Both cross-sections and longitudinal cuts are interesting for lapidary use.

–The cup coral type is still found alive in many parts of the world’s oceans. it is possible that the cup coral described in the picture are extinct Rugosa. The card is dated 1962.