This image of the Arcadian copper mine shows a miner in a chamber occupied by a miner. Such chambers are called stopes, and the chutes which allow movement of ore from one level to another are seen at the left. The winze is the vertical shaft at right which penetrates between levels of excavation. 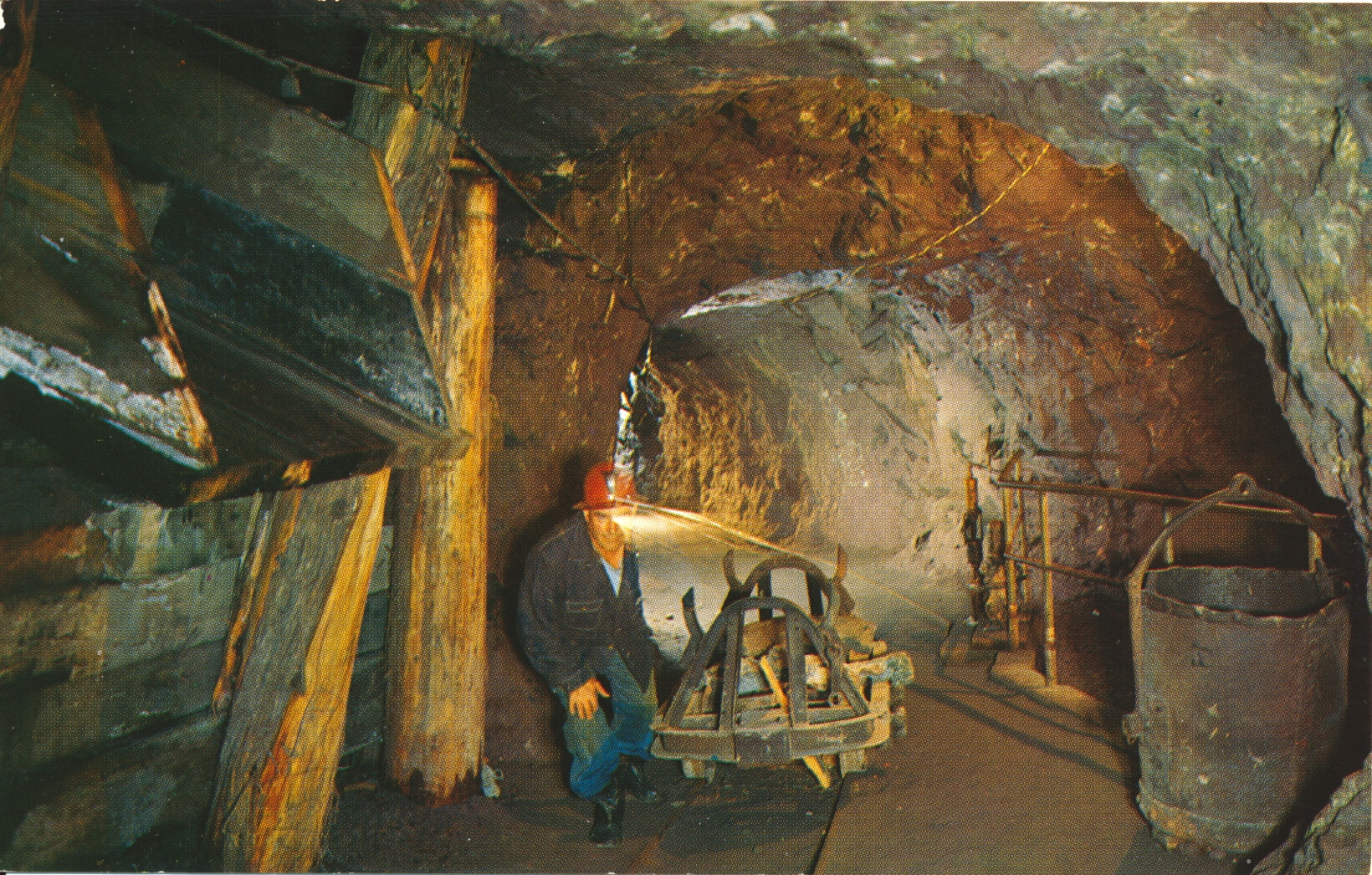 ARCADIAN COPPER MINE TOURS — Stope Chute and Winze. Original Arcadian Mine established in 1864  in Ripley, Michigan, on M26 one mile from Hancock. Believe it or not it is the only underground Copper Mine in the world open to the public.

–There is some flare from lights at the far end of the tunnel that give the miner the appearance of light emerging from his eyes. This unlikely ability would have been quite useful in a professional miner. The card is dated 1955.