This next image of the Arcadia Copper Mine shows a miner holding a drill in position to bore a deep, narrow hole. Such holes were typically filled with some high explosive, such as dynamite or TNT, and large masses of rock would be freed for the miners to collect and transport to the surface. The drill is so heavy that the metal column next to it is attached to the drill to hold most of the weight while the drilling progresses. 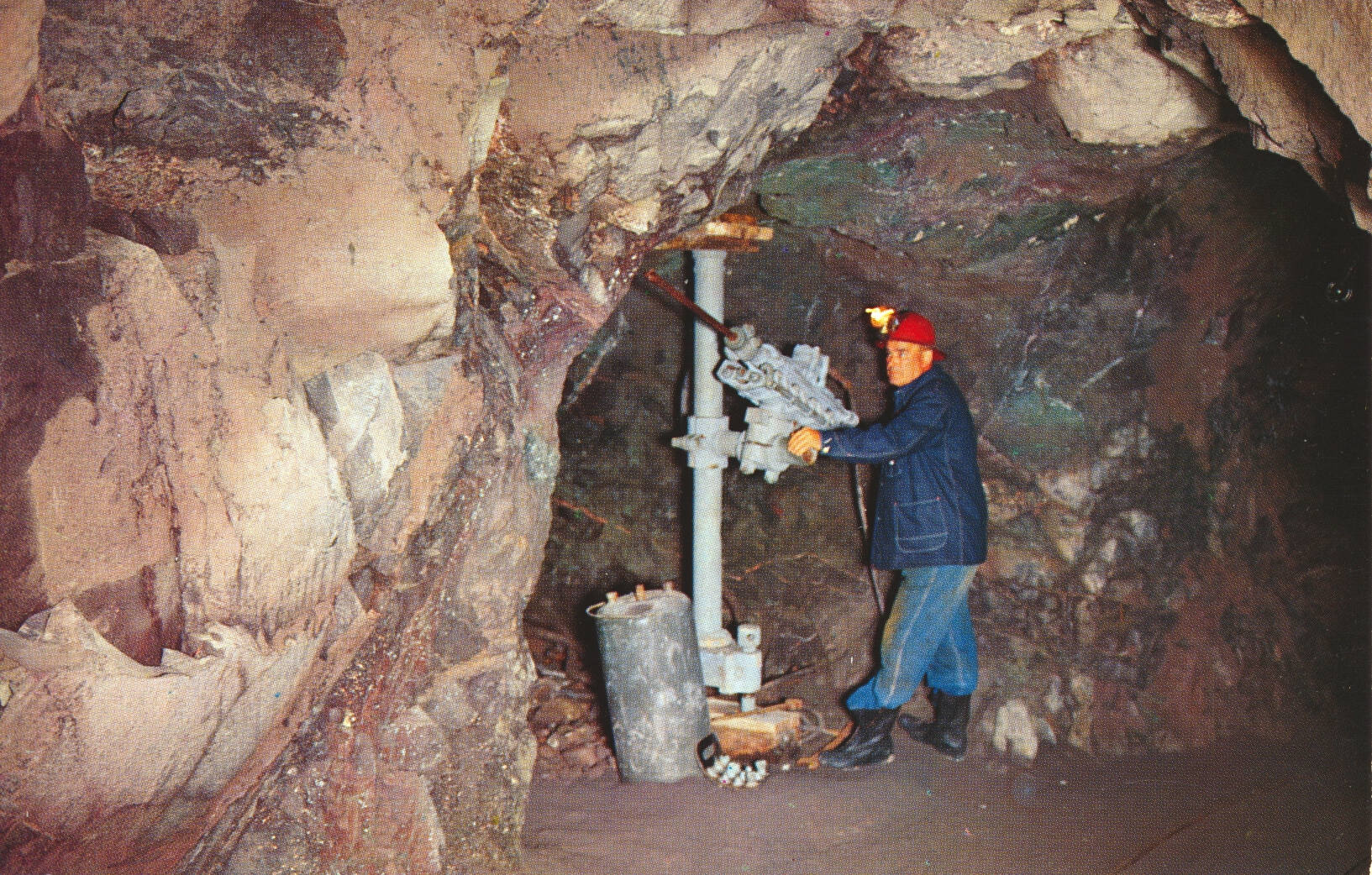 ARCADIAN COPPER MINE TOURS – Air Drilling Machine. Original Arcadian Mine established in 1864 in Ripley, Michigan, on M26 one mile from Hancock. Believe it or not it is the only underground Copper Mine in the world open to the public.

–The term ‘air drilling’ means that the drill operated by compressed air, which allowed it to operate in the closed atmosphere of the mine without creating toxic fumes. The card is dated 1955.