This image is a recreational lake, common throughout the eastern and central United States. While the lake is not identified specifically, it would appear to be associated with summer homes and cabins that were prevalent around such lakes, as indicated by the simple boat launches spaced regularly around the lake shore. 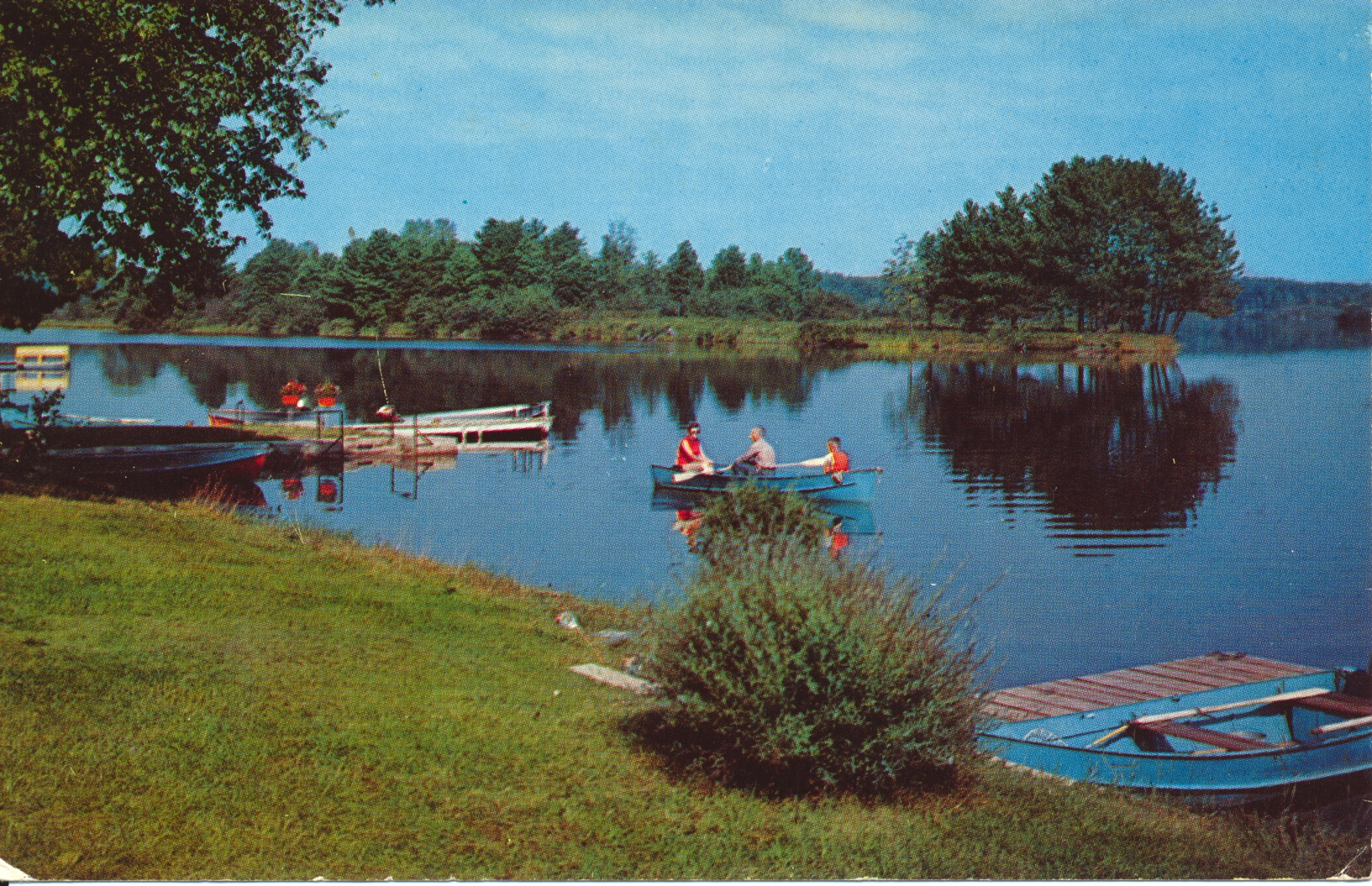 A quiet spot in the land of enchantment for resting or fishing.

—Indian River, Michigan is located at the northernmost end of the lower peninsula of Michigan, and is adjacent to Burt and Mullet Lakes, of which this is likely one or the other. The card is dated 1959.