This is the second of two photos of the same scene, this one in landscape format, showing the legendary Paul Bunyan and his companion, Babe the Blue Ox. Here they are situated on a hill overlooking a nearby highway. They have since been moved to a town park and restored. 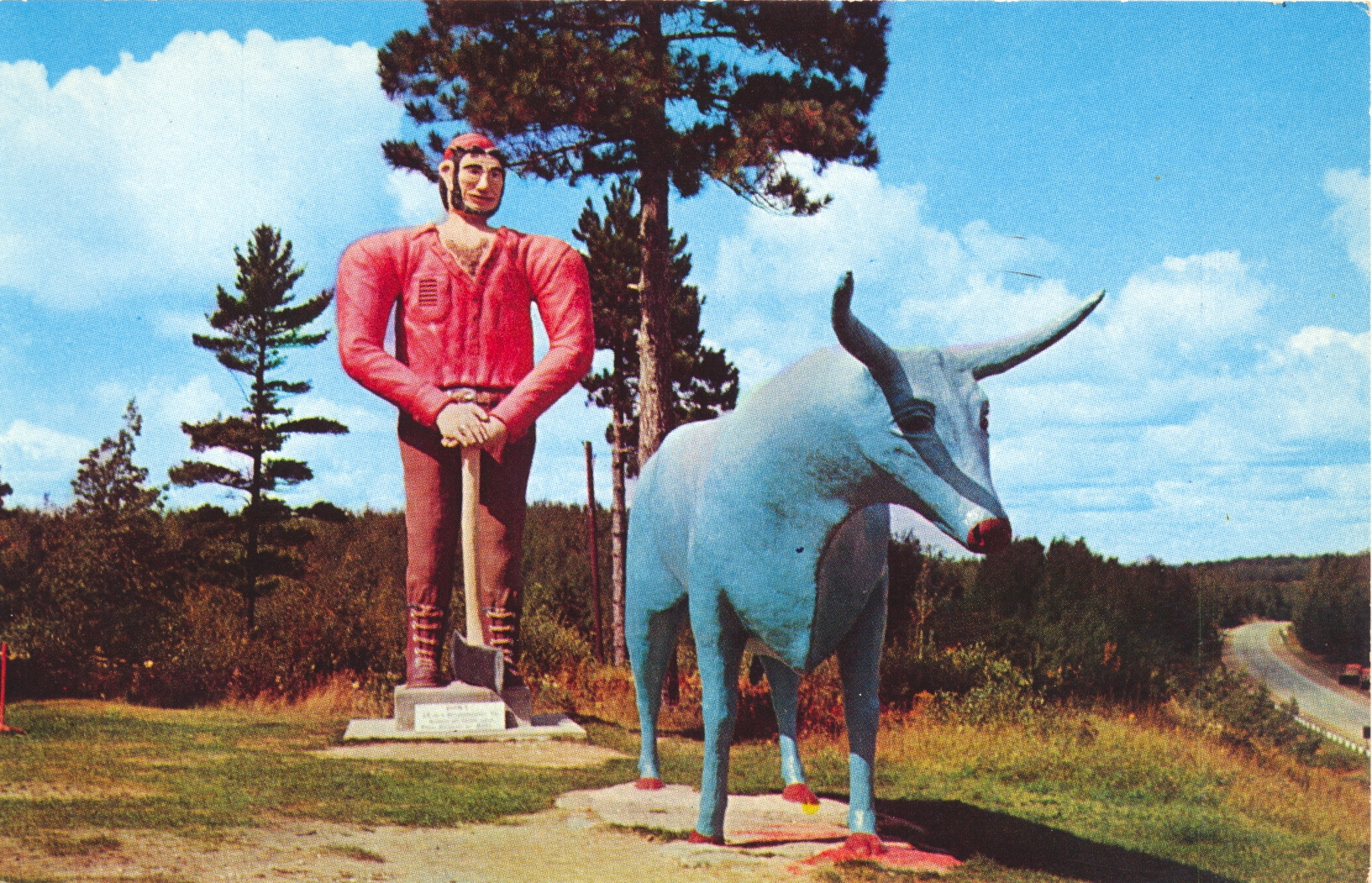 –This photo is very similar to the previous one, and the shadows on the fave of Babe are in the exact locations, indicating that the photos were taken only a few seconds apart. However, they are not the same and simply reformatted, as the position of the tree branch behind Paul’s head is different in each photo.